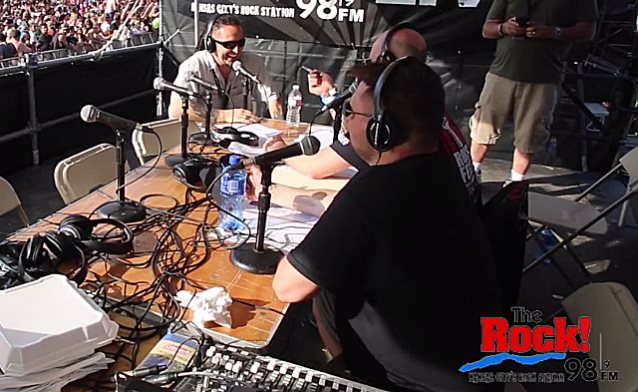 Jason Nivens of the 98.9 The Rock radio station conducted an interview with FIVE FINGER DEATH PUNCH guitarist Zoltan Bathory yesterday (Saturday, May 31) at Rockfest at Liberty Memorial in Kansas City. You can now watch the chat below.

The two sets have spawned three Top 10 rock singles: "Lift Me Up", "Battle Born" and the band's version of "House Of The Rising Sun".