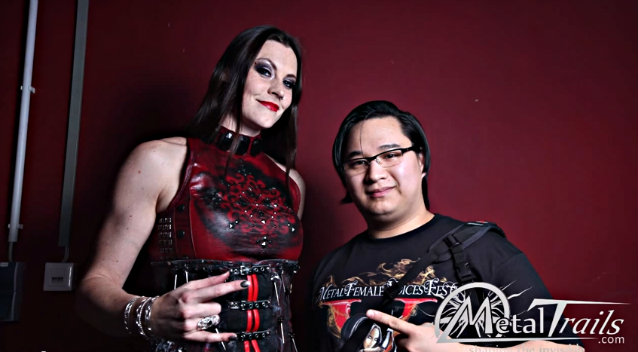 Metal-Trails.com conducted an interview with NIGHTWISH and REVAMP singer Floor Jansen on November 3 in Cologne, Germany at the opening show of REVAMP's recently completed European tour as the support act for KAMELOT. You can now listen to the chat in the YouTube clip below.