Veteran Arizona metallers FLOTSAM AND JETSAM, currently on tour in Europe, have announced the first batch of dates for year-end headlining dates as part of their the "Touring the Forbidden Territories Tour 2016/7". Joining FLOTSAM on the run will be old and new friends in the form of Texas old-schoolers HELSTAR and Bay Area thrash metal upstarts HATCHET.

"After a few missed attempts this year due to unforeseen circumstances beyond our control, we can finally announce some dates around the country," states FLOTSAM AND JETSAM drummer Jason Bittner. "We are very excited to get out with this package and thrash through the United States, playing material from our new album, fan favorites, as well as celebrating the 30-year anniversary of the 'Doomsday For The Deceiver' album."

The tour runs from November 4 until December 9, with dates still being booked.

Here is the first batch of confirmed shows, with more to be announced soon: 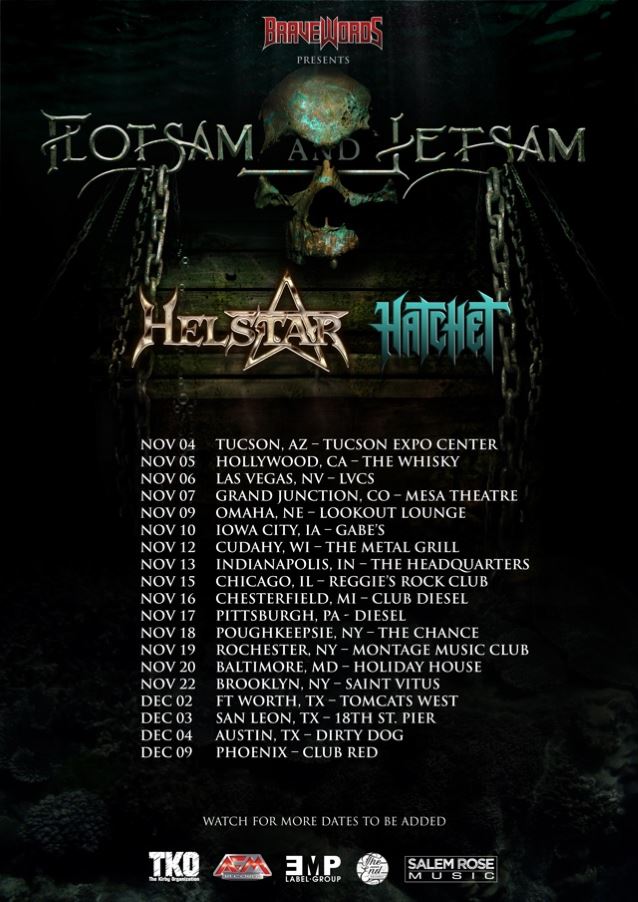