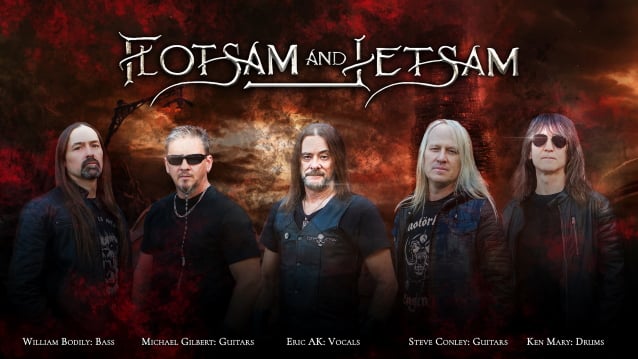 Veteran Arizona thrashers FLOTSAM AND JETSAM will release their new album, "Blood In The Water", on June 4 via AFM Records.

This past January, FLOTSAM AND JETSAM guitarist Michael Gilbert told The Metal Voice about the musical direction of the follow-up to "The End Of Chaos": "Well, this is the absolute perfect follow-up to 'Chaos'. We couldn't have planned it any better. We all basically put on our work boots, or whatever, and we started writing, and it ended up coming out… It's like 'The End Of Chaos' on steroids, basically. I think you guys are gonna love it, man."

Last November, FLOTSAM AND JETSAM announced Bill Bodily (CONTRARIAN, ex-INHUMATUS, ex-TOXIK) as the band's new bass player. Before joining FLOTSAM AND JETSAM on a permanent basis, Bodily filled in for former bassist Michael Spencer during many shows of the group's "Tour Of Chaos" in 2019.

Commented Bodily: "Joining FLOTSAM AND JETSAM is an honor as well as a huge step up in my musical journey. I've been friends with the guys for many years, and I'm a lifelong FLOTSAM fan. I look forward to the many adventures ahead and getting more acquainted with the legendary Flotzilla fans!"

The band added: "First and foremost, we would like to thank Michael Spencer for his time in FLOTSAM AND JETSAM. He joined us back in 2014, and we have accomplished so much together. We sincerely wish him the best in his future endeavors!

"A new chapter for FLOTSAM AND JETSAM beckons; Bill Bodily embodies a new focus and hunger within FLOTSAM AND JETSAM and we're extremely excited to have him as part of the Flotzilla family. He's not only a brilliant musician who has established himself in the thrash and death metal scene, but also a great human being, which made the decision to have him join the band a very natural one. Bill brings an amazing work ethic and a fervent desire to continue to learn, grow and develop his musical voice. He knows music talent alone isn't enough, and that hard work, perseverance and a sense of humor goes a long way to sustaining a successful musical career. We welcome him with open arms!

"We've been working very hard on the follow‐up for 'The End Of Chaos'. The new material is very heavy, and we've taken the sound and approach that we've had for the last two studio albums and amped up the aggressiveness without toning down any other elements. Everyone has done a superb job in the studio — even more so considering the unprecedented circumstances we are living in at this time. We are very excited about the music, and we hope and believe the new album will live up to everyone's expectations."

"The End Of Chaos" was released in January 2019 via AFM Records. 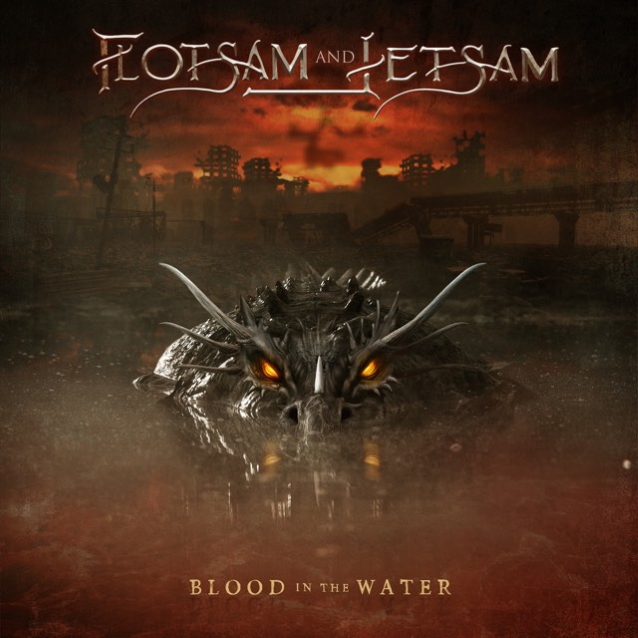