FOO FIGHTERS and RED HOT CHILI PEPPERS will headline the 2020 edition of the Boston Calling festival. The two globally renowned rock acts will join a bill of over 60 performers, including an additional headliner, all of which will be shared when the entire lineup is announced in January of next year. FOO FIGHTERS, who continue to deliver some of the biggest live shows in the world, will celebrate their 25th anniversary in 2020. Meanwhile, Rock And Roll Hall Of Famers RED HOT CHILI PEPPERS, are currently working on their first album in over three years. Boston Calling, the acclaimed annual three-day festival, will take place at the Harvard Athletic Complex in Allston, Massachusetts next Memorial Day Weekend, May 22-24, 2020. Limited presale 3-day passes go on sale tomorrow, Thursday, November 14 at 10 a.m. EST at www.bostoncalling.com.

"Boston is such a great city for rock music, and we are so proud to bring some of the most important rock artists of all time to Boston Calling next Memorial Day weekend," said Boston Calling Events, LLC (BCE) co-founder and chief executive officer Brian Appel. "We have worked for years to bring the FOO FIGHTERS and RED HOT CHILI PEPPERS to the festival, and this year everything lined up perfectly. We couldn't be happier, and will complement them with an incredibly diverse lineup of artists throughout the festival weekend."

Boston Calling is once again committed to providing fans with an exceptional experience, from its iconic mix of musical performances and celebrated comedy acts to its commitment to offering new forms of entertainment and extensive food and drink programming. In 2020, the festival will expand its offerings in VIP and platinum, enhancing the viewing areas and amenities. Further details will be announced in January. 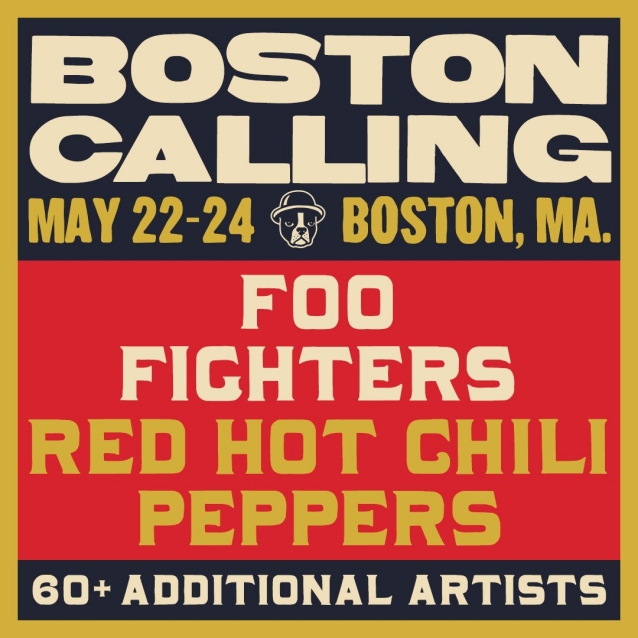