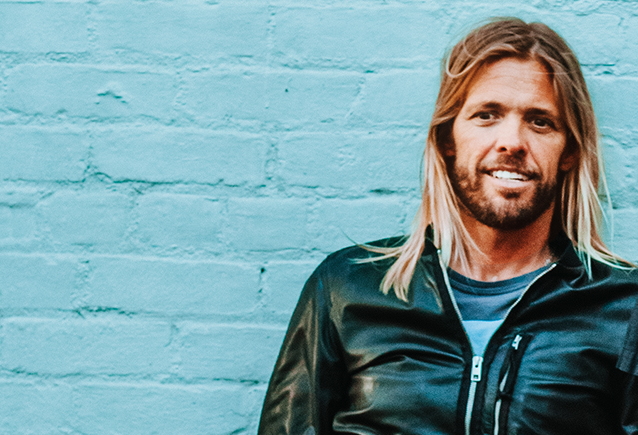 FOO FIGHTERS drummer Taylor Hawkins spoke to Australia's Triple M radio station about how he is dealing with the coronavirus crisis. He said (hear audio below): "It's definitely been a weird half a year, at least. At this point, I guess we're six months into it. I feel guilty saying I'm fine. We're able to kind of ride the storm out right now. There's lots of people right now in America who are absolutely fucked. And I'm not just talking about getting sick or any of that; I'm talking about, 'How am I gonna feed my kids?', kind of thing. I'm so fortunate that's not my problem at all. My problem is just, 'Okay, do I lay out in the sun today, or maybe go surf or go mountain bike?' Or whatever.

"Relative to my life, I'm fine," he reiterated. "I have my family with me and stuff, so I'm good. Am I a little stir crazy? Yeah. Sure. Definitely. Everyone is. But at the same time, you have to kind of turn that [around and go], 'Okay, but look how fortunate I am.'"

Earlier this month, FOO FIGHTERS canceled their "Van Tour". The trek, which was originally scheduled to take place in April and May, was postponed two months ago to this fall due to the coronavirus pandemic that is spreading across the globe.

"Van Tour" was supposed to see FOO FIGHTERS playing at the same cities as during the band's 1995 tour when Dave Grohl, Nate Mendel and Pat Smear hit the road in a Dodge van.

Seven of FOO FIGHTERS' albums have landed in the Billboard top 10, including 2014's "Sonic Highways", which debuted and peaked at No. 2.

Grohl recently told U.K.'s Kerrang! magazine that FOO FIGHTERS have completed work on the follow-up to 2017's "Concrete And Gold" album. He said: "I'm so fucking proud of it. It's unlike anything we've ever done. I'm fucking excited for people to hear it and I can't wait to jump on that fucking stage to play it. There are choruses on this record that 50 fucking thousand people are gonna sing, and it's gonna bring everyone's fucking hearts together in that moment. And that's what it's all about."