It's the long-awaited return of the full-capacity arena rock show, as FOO FIGHTERS and Madison Square Garden welcome fans back to the iconic venue on June 20, 2021 for the first 100% capacity concert in a New York arena since March 2020. This historic moment will mark FOO FIGHTERS ushering in the post-COVID arena rock era with Madison Square Garden's first concert in more than 460 days.

"We've been waiting for this day for over a year," said Dave Grohl.""And Madison Square Garden is going to feel that HARD. New York, get ready for a long-ass night of screaming our heads off together to 26 years of Foos."

FOO FIGHTERS first headlined a sold-out Garden in February 2008 on their "Echoes, Silence, Patience & Grace" tour, returning to rock the venue for another sell-out show in November 2011 on the "Wasting Light" tour. Most recently, the band sold-out two nights at The World's Most Famous Arena in July 2018, on their "Concrete And Gold" tour. The announcement of the June 20 MSG show follows the news of FOO FIGHTERS' first six U.S. dates of their upcoming "26th Anniversary" tour.

Tickets for FOO FIGHTERS' historic return of rock to the Garden will be available for purchase by the general public beginning June 11 at 10:00 a.m. via this location and Ticketmaster Charge by Phone (1-866-858-0008).

Citi is the official presale credit card of the FOO FIGHTERS tour. As such, Citi cardmembers will have access to purchase presale tickets beginning Tuesday, June 8 at 11 a.m. ET until Thursday, June 10 at 10 p.m. local time through Citi Entertainment. 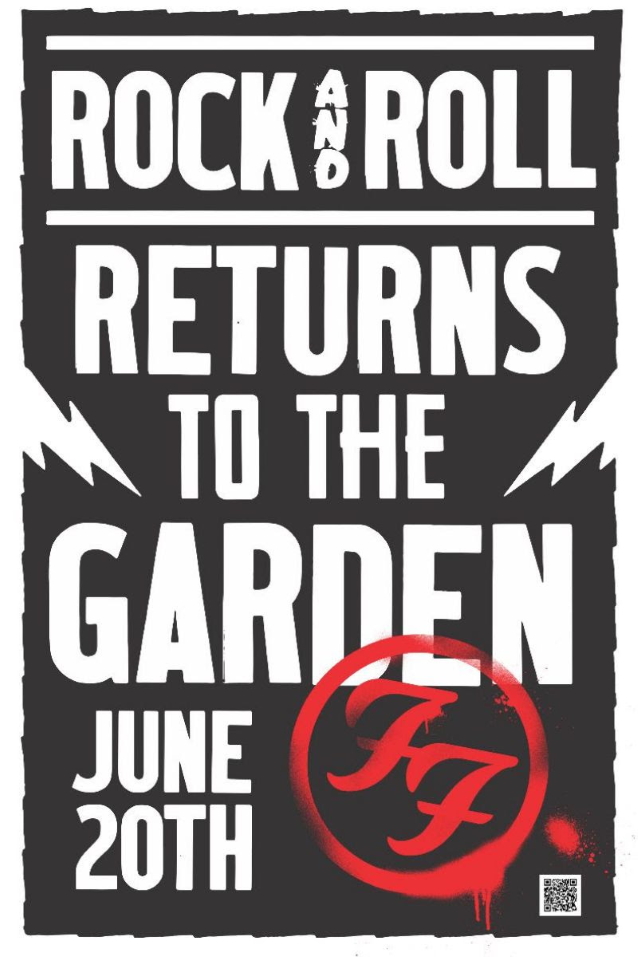