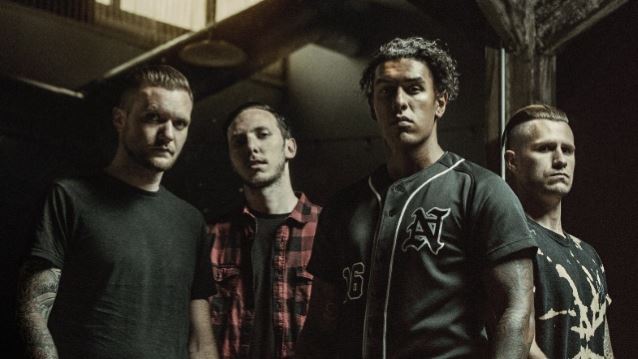 FOR TODAY Signs With NUCLEAR BLAST

FOR TODAY, the American Christian metalcore band from Sioux City, Iowa, has inked a deal with Nuclear Blast. The label will release the incendiary group's next album internationally.

Said Markus Staiger, owner of Nuclear Blast: "I am very happy to work with one of my absolute favorite American bands, FOR TODAY. This band is unique in their mission, style and message. They have delivered a killer album and it is such an amazing opportunity to sign FOR TODAY to Nuclear Blast during this time."

The story of FOR TODAY remains one of triumph. Breaking out of Iowa is hard enough. When you're playing heavy music with a Christian message, it's even harder. Still, the quintet — Mattie Montgomery (lead vocals),Ryan Leitru (lead guitar, vocals),Brandon Leitru (bass),Sam Penner (rhythm guitar),and David Puckett (drums, percussion) — consistently perseveres.

FOR TODAY's last album, "Fight The Silence", came out in 2014 via Razor & Tie. The Will Putney-produced effort was the band's fifth full-length overall and follow-up to 2012's "Immortal" and 2013's "Prevailer" EP.