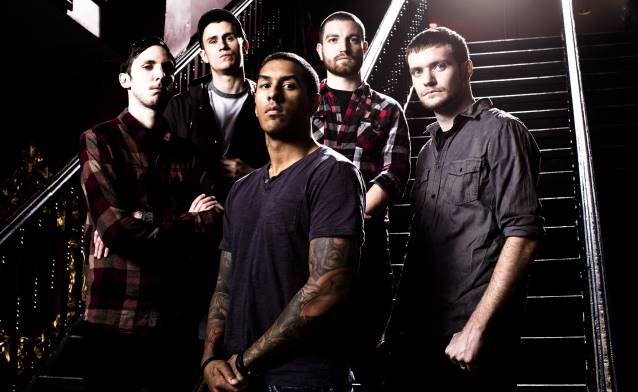 FOR TODAY To Release 'Fight The Silence' In February

Razor & Tie will release FOR TODAY's new album, "Fight the Silence", on February 4, 2014. The band has also launched the new album pre-order bundles with unique items such as headphones and canvas art prints.

FOR TODAY recently premiered the first song off "Fight the Silence". The title track has a strong social message and proceeds from the sale of this song and forthcoming album will go to support a cause close to the band's heart.

FOR TODAY will support the A21 Campaign to help shine a light on the issue of human trafficking. The band will work to raise funds to continue the global effort to rescue and rehabilitate those who have been victimized and to oppose and prosecute those who are responsible for the buying and selling of other human beings.
FOR TODAY will head out this January as headliner on the "Fight The Silence" album release tour with LIKE MOTHS TO FLAMES, STRAY FROM THE PATH, THE PLOT IN YOU and FIT FOR A KING. 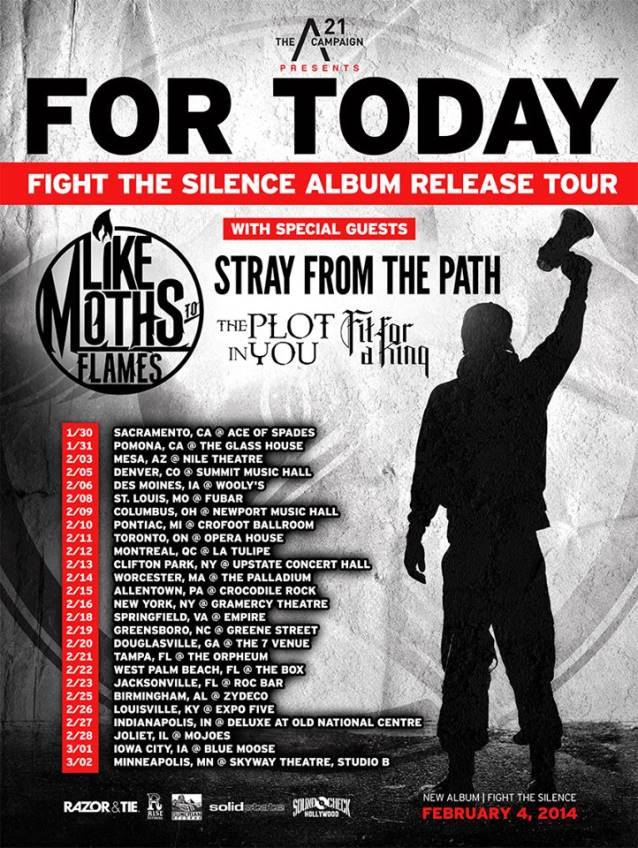 Find more on For today