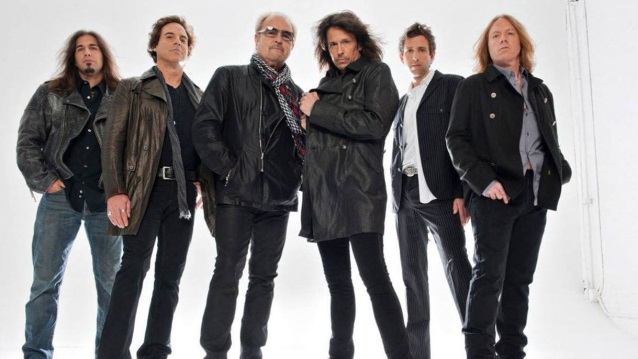 FOREIGNER To Be Rejoined By Drummer BRIAN TICHY For Five Shows

Drummer Brian Tichy will rejoin FOREIGNER for the next five shows, beginning with this Saturday's (November 11) concert in Hammond, Indiana. He will be filling in for FOREIGNER's regular drummer Chris Frazier, who is "ill" and "has been advised to rest it up a bit," according to Brian. "He'll jump back in sooner if he can!" Tichy wrote on his Facebook page.

Brian added: "It's always great to join back up with [FOREIGNER] and play one of the best setlists in rock!"

Tichy joined FOREIGNER in 1998 and remained until 2000. He rejoined briefly in 2007, stepping in for Jason Bonham. He then returned from 2008 until 2010, recording the album "Can't Slow Down". He returned for one show in summer 2011, filling in for Mark Schulman, who had recently lost his father. Tichy rejoined FOREIGNER for the month of August 2012 for live performances, replacing the departed Schulman once again.

Asked what he thinks the most important thing is that a drummer can do for a band, Tichy told Glide Magazine in a 2014 interview: "There really is only one most important thing and it's keeping good solid time, and solid doesn't mean you have to hit everything and smash it as hard as you can and all that. It just means no matter what you're doing up there, whatever it takes to make that band sound right and groove right and drive the band correctly, the way the band should be, you know, meaning like I don't want to hear like Neil Peart from RUSH playing in AC/DC and I don't want to hear Phil Rudd from AC/DC playing in RUSH. And I don't want a drummer to change it up too much. But the main thing is the groove and the timing."