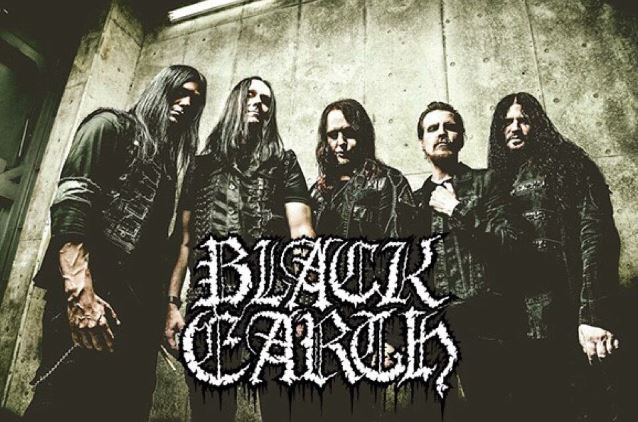 ARCH ENEMY was rejoined by the band's original members Johan Liiva and Christopher Amott for their appearance at last year's edition of the Loud Park festival on October 10-11, 2015 at Saitama Super Arena, Saitama, Japan.

Speaking about his 2000 exit from ARCH ENEMY, Liiva told LoudTV.net in a 2015 interview: "Actually, I wasn't that angry. I was just kind of shocked and kind of disappointed, because I wasn't expecting it. But you just have to deal with it and accept what happened. Then, a few years later, I realized, 'Okay, this is what it's like. It's the music business. [ARCH ENEMY mainman/guitarist Michael Amott] wants to make a living from his music, he wants to make the band like that.' And, honestly, at the end, I wasn't putting too much of my energy into the band; I had so many other things on my agenda, unfortunately. So it was like a mixture of all these things. I was not focused, maybe. So I totally understand it. But then again, many fans were really angry and they all supported me, and I thanked them so much for that. And now they see me doing this show in Loud Park and they wonder what the fuck is going on. You know what I mean? That I don't stand for my values or… But it's not like that. It was a very difficult thing back then."