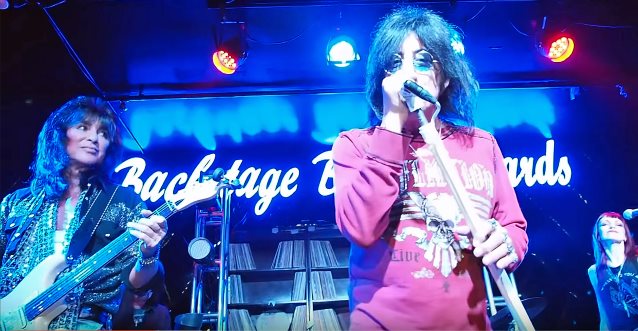 Punky Meadows and Frank DiMino from the legendary '70s rock band ANGEL will perform a number of shows together throughout 2018 for the first time in over 35 years. They will play a full ANGEL set, including classics such as "The Tower", "Can You Feel It", "Don't Leave Me Lonely" and "The Fortune", as well as select solo material. The dates will launch April 7 in North America and will hit Japan and the U.K. in the fall.

Punky and Frank are both "very excited to be playing together again and can't wait to hit the stage and see all the fans," according to a press release. They will be backed by a band featuring Danny Farrow on rhythm guitar, Charlie Calv on keyboards, Steve Ojane on bass and Billy Orrico on drums.

Get tickets and VIP/meet-and-greet options at this location.

DiMino recently made a guest appearance on Meadows 's single "Lost And Lonely", while Punky guested on Frank 's song "Never Again". You can get both singles on iTunes or Amazon.

DiMino joined Meadows on stage for the first time in over 30 years in March 2017 to perform the ANGEL song "Tower" at the Backstage Bar And Billiards in Las Vegas, Nevada.

Punky and Frank, along with other former members of ANGEL, appeared at the 2016 Vegas Rocks! Hair Metal Awards at the Eastside Cannery Hotel & Casino in Las Vegas. The group received the "Glam Rock Legends" award in honor of their contributions and influence in music. Accepting the award were Meadows, DiMino, Gregg Giuffria, Barry Brandt, and Felix Robinson. This marked the first time all surviving ANGEL bandmembers — bassist Mickie Jones passed away from cancer in 2009 — had been on stage together since 1980.

Formed in 1975 by Meadows and Jones in Washington D.C., ANGEL straddled the fence between the prog-rock pomp of YES and ELP, the orchestral hard pop of QUEEN, BOSTON and ELO, and the riff-heavy raunch-rock of KISS and AEROSMITH. They were discovered by KISS bassist/vocalist Gene Simmons while performing at a nightclub and were eventually signed to the same label as KISS, Casablanca.

Released in the fall of 1975, the band's self-titled debut was promoted with a number of live appearances on the great American arena circuit with the likes of AEROSMITH, BLUE ÖYSTER CULT, JOURNEY and RUSH. The group's gimmick — the members were all dressed in white — got them labeled the "anti-KISS" by rock critics, and their spectacular stage show was so over the top that even Simmons & Co. were said to have been inspired by it. 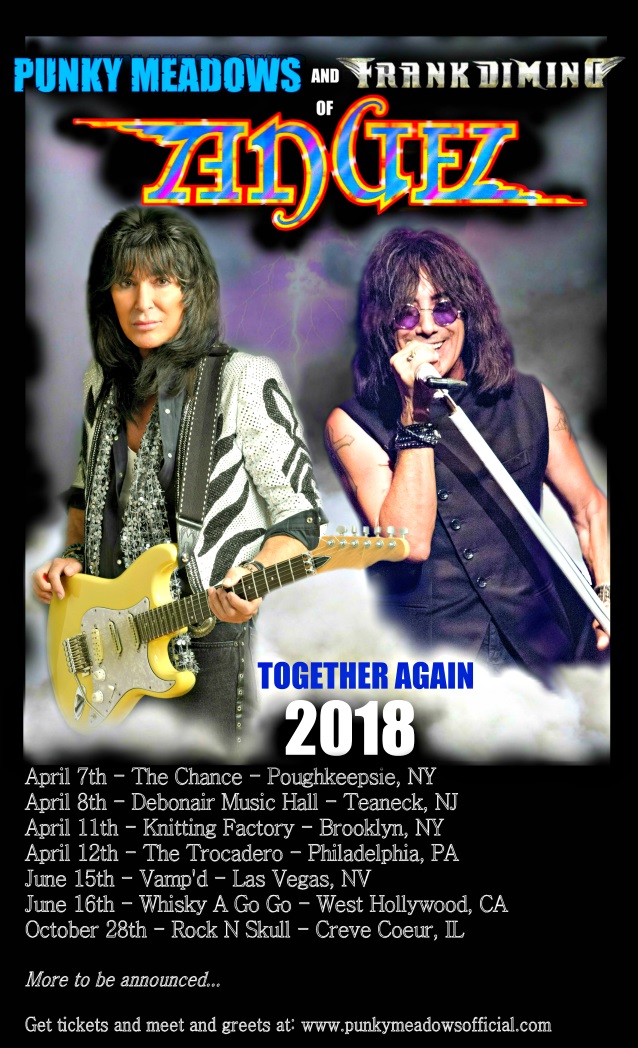