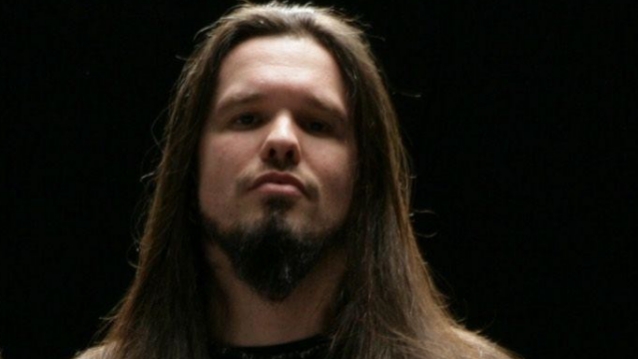 The 43-year-old musician was accused of punching the older men on August 30, 2019 at the Aloft New York LaGuardia Airport hotel in East Elmhurst.

According to MetalSucks, Nelson appeared in court on January 17 and pleaded guilty to charges of one count of second degree assault for injuring a victim aged 65 or older and one count of assault of recklessly causing physical injury. Sentencing is scheduled for April 3.

The alleged attack happened after one of the victims asked Nelson a question that apparently set the singer off.

"One of the elderly gentlemen said something which caused [Nelson] to become enraged and he subsequently punched them," the police told the Daily News.

James Paolino, 75, one of the alleged victims, said he told the singer, "You had a rough night."

According to Paolino, he and his friend, 74-year-old Philip Falcone, went to the hotel because one of their friends was filling in for Nelson's regular drummer during a performance at the hotel. Nelson, he said, appeared too drunk to perform.

"He's whacked. He can't even tune his guitar. He had been drinking non-stop," Paolino told Daily News.

The alleged assault happened when Paolino and Falcone shared an elevator with Nelson after the show. After Paolino made the "rough night" comment, Nelson "started kicking me and punching me in the head," Paolino said. "These were real MMA (mixed martial arts) kicks. He knocked me down. I'm on the floor bleeding. He broke my glasses and I knew the next kicks were coming for my head. I'm helpless."

After Falcone tried to diffuse the situation, Nelson allegedly punched him too.

"I'm still shaking. It was very traumatizing. He knocked my hearing aids out. This guy is an animal," Falcone said.

"I've seen the video, and what they're saying is not correct," Isaac told Daily News. "I can tell you that there was no bloody altercation. That's completely false."