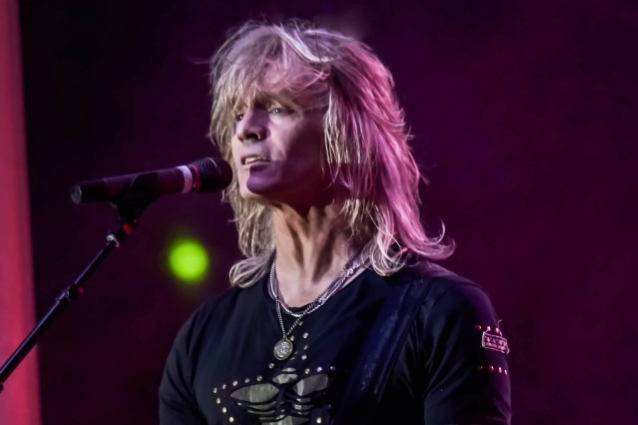 David Victor, who earned international stardom as a former vocalist/guitarist for the multi-platinum band BOSTON, has unveiled plans for releasing his first single in nearly seven years. Produced by the esteemed Chris Collier (KORN, WHITESNAKE, KXM),"Heart Open Wide" will be available Friday, March 8 on all major digital platforms.

Victor describes the track as "up-tempo melodic rock and big vocal harmonies with influences from the '70s and '80s" and says that he hopes it inspires a message of hope and positivity with its listeners.

"This song was written as a promise that, no matter what troubles you encounter in your life, you matter, and your prayers will be heard," said Victor. "I always try to write songs that are positive or at least hopeful since there's enough negativity out in the world."

The renowned singer-songwriter recorded the tune with the help of touring bandmates Glenn Jost, Victor Bender and Manny Aguirre as well as Collier.

"Heart Open Wide" comes on the heels of Victor's extensive U.S. tour, which kicks off March 8 in Las Vegas and will run throughout the spring and into the fall.

Victor performed on back-to-back North American BOSTON tours in 2012 and 2014 and recorded the No. 1-charting classic rock single "Heaven On Earth" with the group. He also appeared at the highly-publicized "Boston Strong" benefit for the Boston Marathon bombing victims.

Now forging his own path under his own name, the versatile singer is bringing his passion-fueled performance to fans nationwide with classic rock favorites from BOSTON and STYX, as well as new original music.

Fans can catch Victor on tour starting March 8 at the dates below: