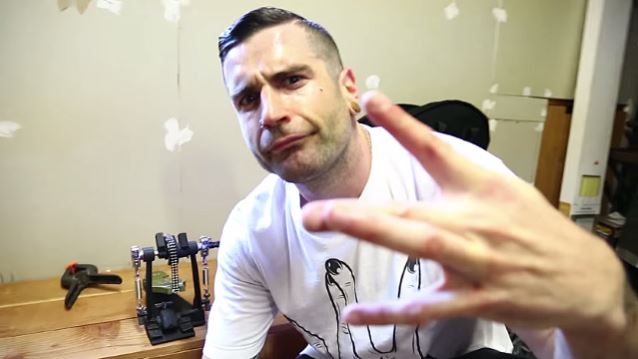 Said Austin: "Thanks, everyone, for all the support through my career. Without you all, I would've never made it this far. I promise to give you all one hell of a performance!!!"

Boecklin and guitarist Jeff Kendrick exited DEVILDRIVER in October. Dez stated at the time: "Nothing dramatic [happened], [and there were] no drag-down fights; [it was] just time to move on.

He added: "As I have said previously, DEVILDRIVER is on hiatus while I rejoin COAL CHAMBER for a new record release and tour.

"DEVILDRIVER will be back, make no mistake of that, in 2016 with a new record which we are already writing, tours around the world and the massive pits you have all gotten used to.

"All in DEVILDRIVER wish John and Jeff the best."

Boecklin and Kendrick played their last show with DEVILDRIVER as part of last year's Knotfest in Devore, California.