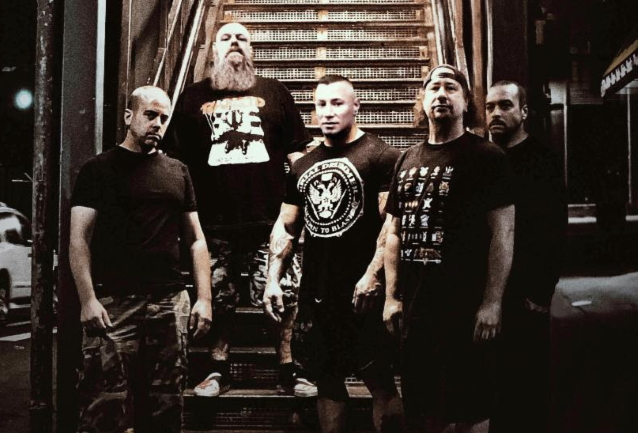 GENERATION KILL, the band featuring former EXODUS frontman Rob Dukes, has released a new song called "Never Relent". The track, which features a guest appearance by Gary Holt of EXODUS and SLAYER fame, contains breakneck speed, dizzying guitar solos and uncompromising vocals. The medieval wartime theme of the visual accompaniment is a gruesomely appropriate fit for the brutal single. Thrash buffs should also note that "Never Relent" is the first recorded collaboration between Dukes and Holt since Rob's departure from EXODUS in 2014.

Speaking about the song, Dukes shares: "I'm really proud of 'Never Relent'. I was inspired to write the lyrics after reading about certain tyrannical leaders in history like Vlad The Impaler and Genghis Khan. It turned out to be one of the most brutal tracks on the album, which is why it made sense to have Gary play on it with us."

Currently, GENERATION KILL is recording "MK-Ultra", teaming up once again with Zeuss, Youells returning on the drums and with a new member, Max Velez, on bass.