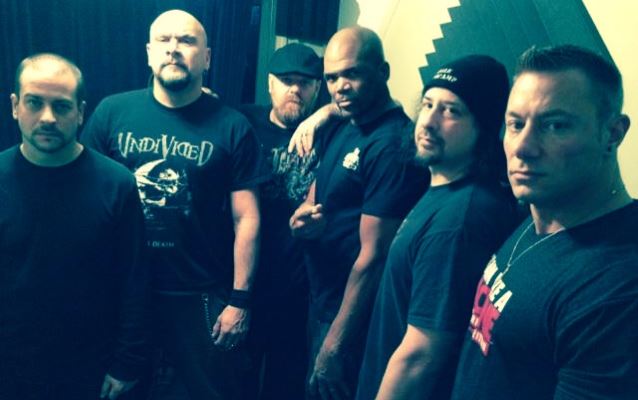 GENERATION KILL, which features former EXODUS frontman Rob Dukes, crossed paths with DMC on the road and gave him the latest GENERATION KILL CD, "We're All Gonna Die". Darryl contacted the band immediately after listening to the album, and asked if they would collaborate on a song, which very quickly turned into recording a full-length effort.

When thoughts of a producer were being thrown around, GUNS N' ROSES guitarist Ron "Bumblefoot" Thal was someone who was in the band's sights, and as of January 2, Ron has been working with GENERATION KILL.

A short video capturing early pre-production, and behind the scenes footage has been released by the band. Check it out at this location.

A release date for the album has not yet been set.