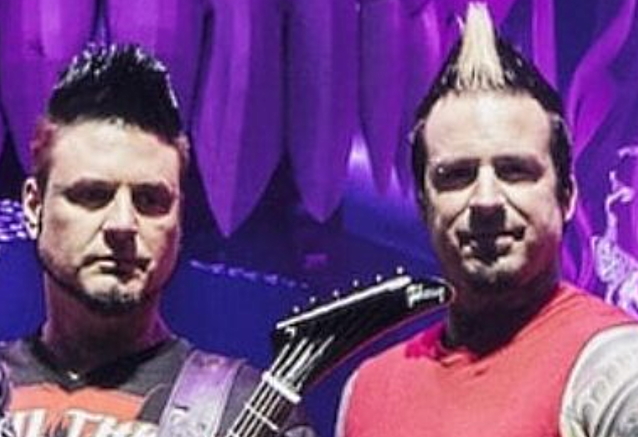 Looking for a twisted take on the classics this holiday season? Las Vegas-based theatrical rock band PSYCHOSEXUAL is celebrating Black Friday with the surprise release of a brand-new covers EP, "Songs To Stalk You By". It is available across all streaming and digital platforms, and on vinyl, CD and USB via www.psychosexualalbums.com. Tis the season — flash those devil horns and keep the holidays ghoulish and bright!

"This is a fun little compilation of bands I love," says PSYCHOSEXUAL founder and spiritual leader Jeremy Spencer, whose Devil Daddy persona fronts the fantasy and horror-inspired follow-up to his multi-platinum former band FIVE FINGER DEATH PUNCH. "There is definitely a tongue-in-cheek creepiness to the themes that tie the songs together, and that's what made them so much fun to record. The fact that stalking and social distancing go hand-in-hand is just a happy coincidence."

"Songs To Stalk You By" track listing:

In addition to dropping the EP, PSYCHOSEXUAL has released promotional videos for all six of the tracks. "The opportunity to write, create, produce, shoot videos and release albums on my own label during these uncertain days is an incredible accomplishment under months of lockdown and fear," says Spencer.

PSYCHOSEXUAL released their debut album, "Torch The Faith", on July 31. Like the EP, it was co-produced by Spencer and Shawn McGhee (DROWNING POOL) and released via Spencer's 6eX Records. The debut premiered at No. 150 on the Billboard 200 chart, reaching No. 5 on the Hard Music Albums, No. 12 on Top New Artist Albums and No. 30 on Current Rock Albums.

To celebrate Halloween, the band released an anime-inspired video for "I Want To Be The Blood In Your Cut", which featured a chorus sung by Spencer in Japanese. The album version of the track is all English and features a solo from TYPE O NEGATIVE guitarist Kenny Hickey.

"This year has been uniquely challenging for all of us, to say the least, but releasing 'Torch The Faith' has been a dream come true," says Spencer, who sports a Mephistophelian mask as Devil Daddy, and is joined in the band by guitarist Crucifer, bassist Astaroth and drummer Volac. "I'm a fan of so many types of music — from David Bowie to DEVO to black metal — and PSYCHOSEXUAL is the outlet I've needed to bring all these things together in one big evil stew. I can't wait to finally tour and get out there to meet new fans and old familiar faces."