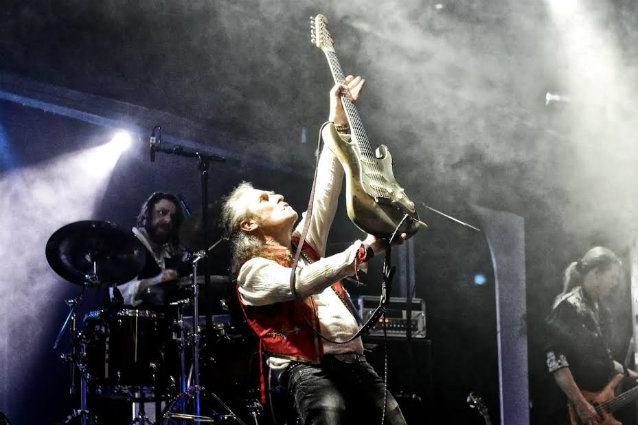 Due on April 7 via Retrowrek Records, "Dublin Cowboy" is the new three-disc album from former GILLAN guitar legend Bernie Tormé, comprising a studio disc, an acoustic disc and a live live disc.

Says Bernie: "I always wanted to do a triple album and also an acoustic album, and combining the two seemed like the obvious idea, though truth is it nearly killed me: I'm still in recovery! But on top of all that, and with two albums of screaming wails and dive-bombs, I am totally knocked out with how the shred-free acoustic album has been received! Fans who pledged and have heard it absolutely LOVE it! Quadruple album next time? Nah, I really don't think so!"

"Dublin Cowboy" was made following a phenomenally successful pledge-fund appeal that hit its pledge target in less than nine hours. Containing twenty-nine tracks in total across the three discs, the first two are made up of brand new material, including title track, "Dublin Cowboy", and the infectiously bluesy "Power Of The Blues" on Disc 1; as well as the rich unfolding tapestry of sounds on "Shine" and "Wolfgirl", which both appear on the acoustic disc. The third disc, recorded live in South Shields in January 2016, contains live versions of classics that span Bernie Tormé's career, including old favorites "Wild West" and "New Orleans".

The album is available for purchase in CD, vinyl and digital download formats via PledgeMusic.com.

To tie in with the release of the album, there is a 2017 U.K. tour next month and the album will be formally launched at the Borderline, London on April 7. Bernie says: "Got a bunch of rock 'n' roll pint-spillers from the new 'Dublin Cowboy' album that we will be rocking out live on the tour! I can't wait, get ready people, this one will be total killer!" 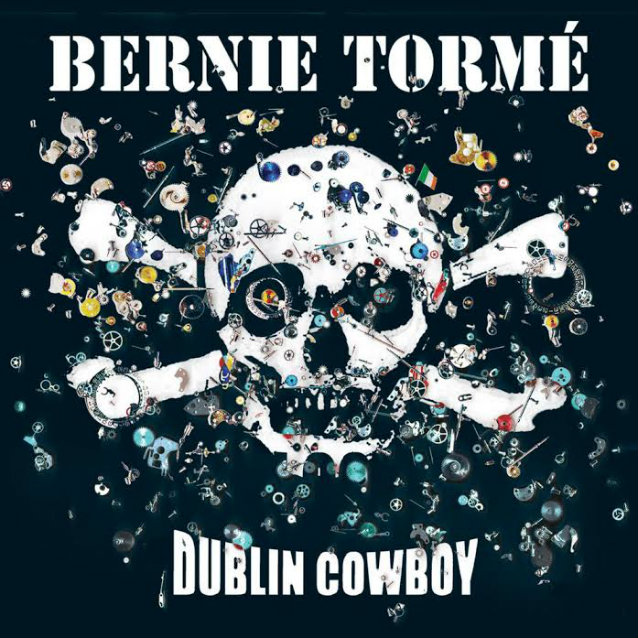 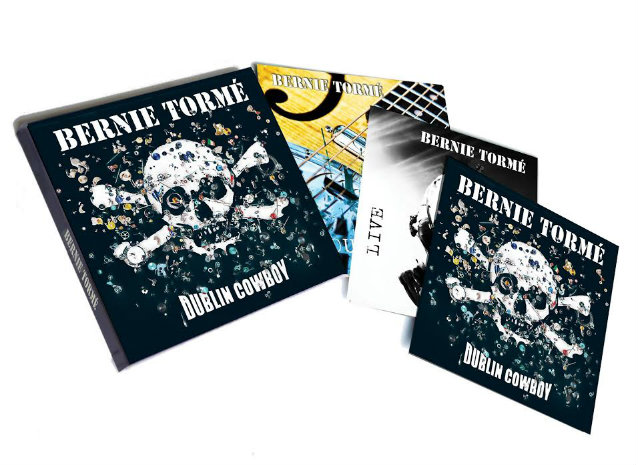