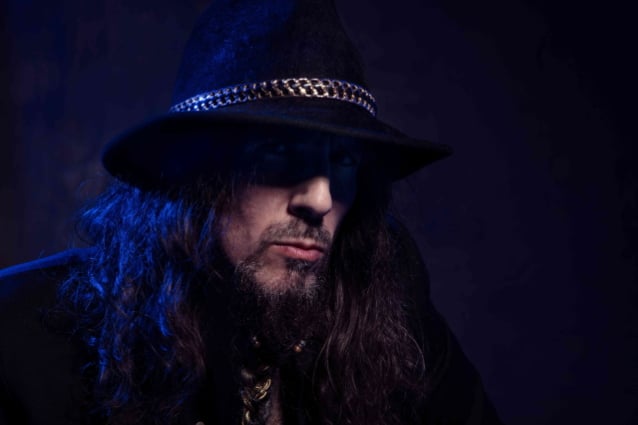 Former GUNS N' ROSES and current SONS OF APOLLO guitarist Ron "Bumblefoot" Thal has released the official music video for his acoustic cover version of SOUNDGARDEN's "The Day I Tried To Live". The song is taken from Bumblefoot's latest acoustic EP of cover songs, "Barefoot 3", which was made available on June 5 exclusively via Bandcamp.

In May, Bumblefoot released "Barefoot 2", featuring acoustic covers of songs by IRON MAIDEN, BILLY JOEL, THE POLICE, THE YOUNG RASCALS and PAUL MCCARTNEY.

In April, Thal released a new instrumental song called "Planetary Lockdown" which he said was "inspired by [the] feeling of urgency" during the early stages of the COVID-19 outbreak.

Thal joined GUNS N' ROSES in 2006, replacing Buckethead. He played with the band for eight years and performed on "Chinese Democracy". He has also released nine full-length solo albums over the past 23 years, most recently 2015's "Little Brother Is Watching", which was reissued on CD and vinyl in August 2017 by MEGADETH bassist David Ellefson's EMP Label Group.

Three years ago, Thal said that he agonized over his decision to leave GUNS N' ROSES, explaining that he "wanted it to be something that [he] knew it wasn't ever gonna be."