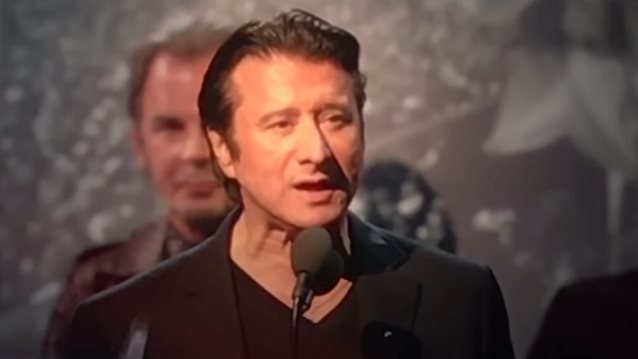 Former JOURNEY singer Steve Perry has told ABC Radio that a personal tragedy has inspired his next solo album, which he plans to release later this year. Perry explained: "I met someone and I feel in love with this person. And I lost this person to breast cancer four years ago. In the midst of that, I had written some songs, and before I met her, I had sketched some. And so about a year ago, I started recording."

The singer was inducted, alongside his old band, at the 2017 Rock And Roll Hall Of Fame ceremony in Brooklyn, New York on April 7.