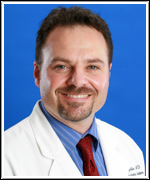 Victor Agnello, who played drums for San Francisco Bay Area metal veterans LAAZ ROCKIT from 1983 to 1989 and again from 2005 to 2006, died on June 1 after over a year of battling leukemia. He was 50 years old. He passed away quietly at Duke University Hospital in Durham, North Carolina, surrounded by his family and doctors who valiantly tried to save his life. He is survived by his wife and seven children.

Bay Area metal scene veteran Walter Morgan of Deadly Embrace Productions stated about Victor: "In our early 20s, Victor was the drummer of LAAZ ROCKIT, a band who pioneered speed metal that we now call thrash metal. One of the first drummers to make double-bass drumming style common in metal. The band once had the likes of METALLICA opening for them, and were a Bay Area staple of metal for many years. During that time, I knew him well, having followed his band through years of early success. He was a quiet man, very intelligent, always upbeat with a smile on his face, he had very high moral integrity. These attributes carried him to greater heights after he left his successful musical career. He was kind always quick to help, and that's the hard part of [this] loss: a great human being was taken from all of us. With all these attributes, I was never surprised by his decision to leave music, to help people and become a doctor, and a very good doctor, I may add.

"I had the pleasure of doing two European tours with him in 1988 and again in 2006 reunion, and two Dynamo festivals in Holland, as well as almost all the Bay Area and California dates they ever did. I know his bandmates and Bay Area metal community will miss him, but have only good memories of him and some very fun times in our 20s.

"He fought long and hard. He had undergone a bone marrow transplant about a year ago. And former LAAZ members Michael Coons and Willy Lange have been giving us updates and giving him love on Facebook for some time.

"I'll never forget the man as a friend and band member. His gift is the timeless classics of the music he left us."

Agnello was featured on the following LAAZ ROCKIT releases: