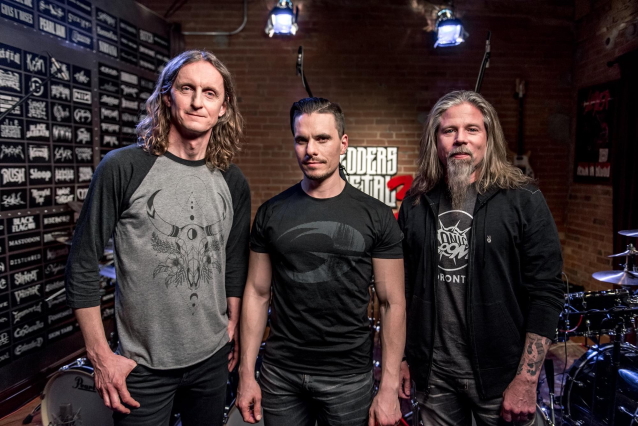 Former LAMB OF GOD drummer Chris Adler is appearing as a guest music celebrity judge on Banger TV's original competition series "Shredders Of Metal" this summer as part of the show's third season.

Eight drummers entered the contest and only one will be left standing and named this season's "Shredders Of Metal" champion.

Each episode features a one-versus-one drum duel, with the winner moving on until the final episode crowns the season's champion.

Adler said in a statement: "[I] took a few breaks from my band FIRSTBORNE to head up to Canada to meet up with my good friend Sam Dunn and crew at Banger Films.

All seven episodes of "Shredders Of Metal"'s third season are available below.

Chris officially left LAMB OF GOD in July 2019. His replacement is Art Cruz, who has previously played with PRONG and WINDS OF PLAGUE, and filled in for Adler on several LAMB OF GOD tours in 2018 and 2019.

FIRSTBORNE features Girish Pradhan on vocals and guitar, Myrone on guitar, LoMenzo on bass, and Adler on drums.

The debut EP from FIRSTBORNE is now available at Bandcamp and across all streaming services.

In addition to LAMB OF GOD and MEGADETH, Adler has played drums with a number of metal artists, including NITRO, BLOTTED SCIENCE and PROTEST THE HERO.