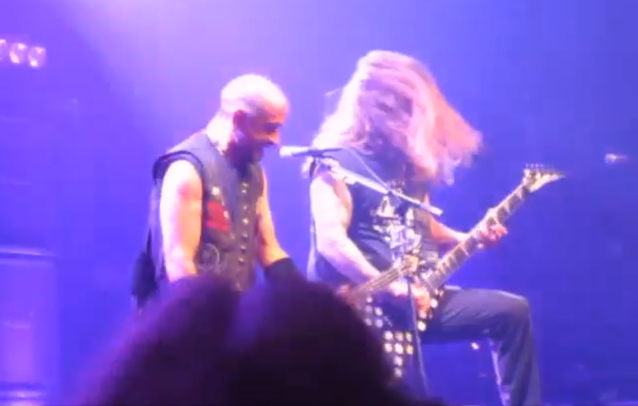 Former MACHINE HEAD and current VIO-LENCE guitarist Phil Demmel filled in for Dave Linsk at OVERKILL's November 13 concert at The Wellmont Theater in Montclair, New Jersey. The gig marked OVERKILL's first pandemic-era performance — "609 f!!kin' days" after they were supposed to play the same venue before the coronavirus crisis forced everything to shut down.

When Demmel's participation in the concert was first announced two weeks ago, OVERKILL singer Bobby "Blitz" Ellsworth commented: "We had a few issues getting this rescheduled show together. But to hell with the issues, we all have problems. And wouldn't you know it, our bro and yours Phil Demmel to the rescue. The show must and will go on. See you at the Welmomt Jersey..."

Demmel stated: "So excited to jam with my bros in OVERKILL in New Jersey. I'm neck-deep in learning the parts and expect a raging show."

OVERKILL drummer Jason Bittner said: "Even though I am disappointed that our very own Dave Linsk can not participate in this show, I am more than psyched and confident that my longtime friend Phil Demmel will get the job done for us. We have a long history together playing a bunch of NAMM events and have toured together in the past, so this should be a lot of fun."

Ellsworth and Demmel are bandmates in BPMD which released its debut album, "American Made", in June 2020 via Napalm Records. Also featuring drummer Mike Portnoy (THE WINERY DOGS, SONS OF APOLLO) and bassist Mark Menghi (METAL ALLEGIANCE),the LP was previously described as a "10-track homage to some of rock music's greatest treasures."

In November 2020, OVERKILL bassist D.D. Verni told MetalAsylum.net that the band's new LP would be mixed by Colin Richardson. "He did a couple of records for us, and he's great," Verni said.

Thanks to our brother Phil Demmel 💚🖤🦇🤘🏻

Posted by The Wellmont Theater on Monday, November 15, 2021

Posted by The Wellmont Theater on Monday, November 15, 2021 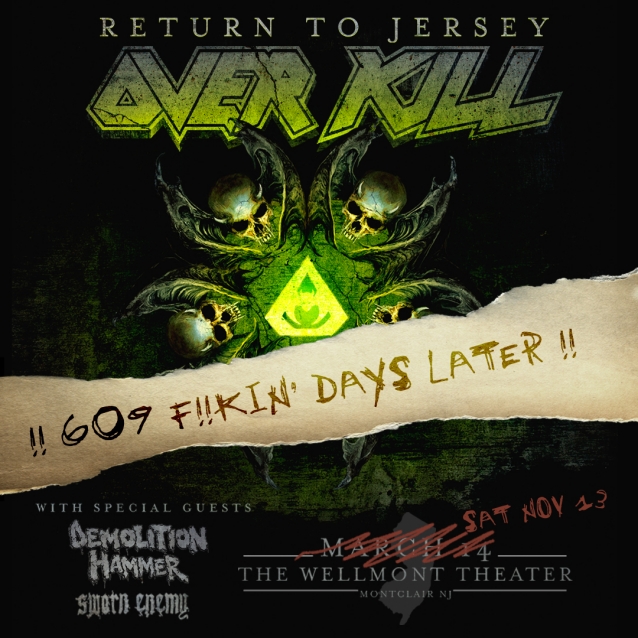