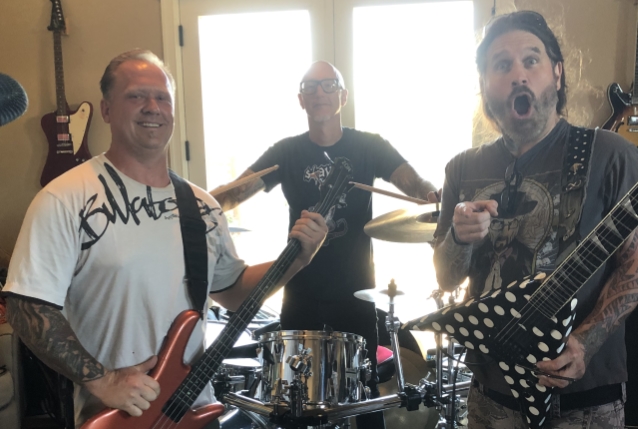 Phil Demmel, Dave McClain and Adam Duce reunited this past weekend for a special performance at a Northern California bar.

The three former MACHINE HEAD members were joined by a by a number of other musicians — including current MACHINE HEAD bassist Jared MacEachern — for a set of covers at the opening of Demmel's new sports bar, The Back Lounge, in Dublin.

The July 6 appearance by THE MERKINS marked the first time Demmel, McClain and Duce played together since Adam's February 2013 exit from MACHINE HEAD. Duce was replaced four months later by MacEachern. Adam then sued MACHINE HEAD, claiming that the other bandmembers "simply kicked him out of the band and presumed he would forget about over two decades of hard work, dedication, and effort" he put into the group. Duce also said his likeness was used on the band's web site and in promotions without his authorization. The lawsuit was settled out of court in July 2014.

Duce, who played on MACHINE HEAD's "Burn My Eyes" LP, isn't involved in the upcoming tour to celebrate the 25th anniversary of the classic debut album.

When he announced his departure from the band, Demmel, who first played with MACHINE HEAD frontman Robb Flynn in VIO-LENCE in the late 1980s and early 1990s, said in a statement saying that it was "simply time" for him "to step away and do something else musically." He later revealed in an interview that he was minimally involved in the making of MACHINE HEAD's latest album, 2018's "Catharsis", a record that he said he hated. He also said that MACHINE HEAD gradually "became a Robb Flynn solo project, and that isn't what I signed up for."

Last month, McClain told "Robb's MetalWorks" that he no longer believed in MACHINE HEAD's songs and musical direction toward the end of his tenure with the band. 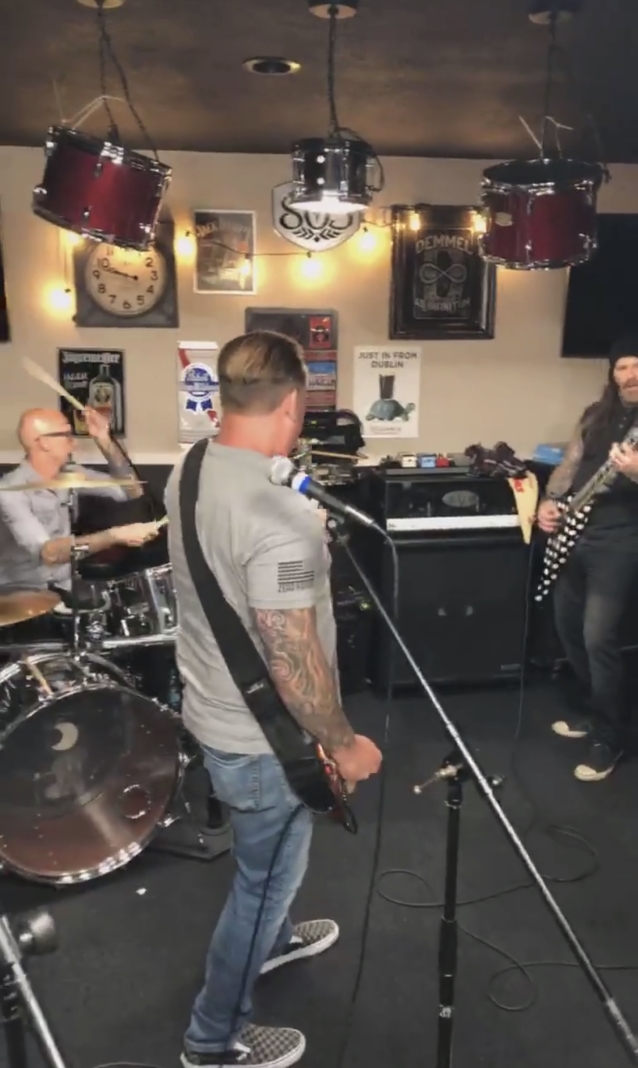 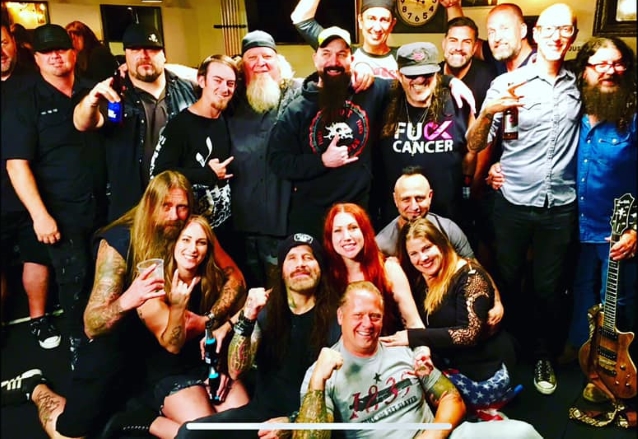 Let it be known.
#thebacklounge

Let it be Known. Volume 1
#thebacklounge

Great time at TBL with the Merkins!