Acclaimed extreme-metal drummer Alex Marquez (MALEVOLENT CREATION, SOLSTICE, DEMOLITION HAMMER) will enter PTY studios in Panama on February 4 to begin laying down drums for a three-song EP from Panamanian death/thrashers SARGON. He will also perform with SARGON on January 30 as part of the second annual Hellfest, an extreme-metal festival featuring Panama's best metal bands. This will mark Alex's fist live appearance in at least five years.

Check out a couple of group photos below.

Marquez recently finished recording an album with the Panama City, Panama-based hardcore death/thrash band LA VENGANZA. The CD is currently being mixed and is expected to be completed by March.

In a September 2008 statement released to BLABBERMOUTH.NET, Marquez stated about his lengthy absence from the metal scene, "These last years have been really crazy for me — I've been in and out of jail, battled substance and alcohol abuse that kept me from ever completing anything I ever started. Life sometimes has a way of kicking you in the ass, and for me that kick came when I reunited with my wonderful wife Janett Marquez and my four beautiful children — Alex Marquez Jr., Hellen Marquez, Katherine Marquez and Jason Marquez — and I gotta say I'm very happy and overwhelmed, to say the least!

"LA VENGANZA is very much a band and the name pretty much says what I'm feeling right now — vengeful. Hailing from Panama City, Panama; LA VENGANZA is a return home for me musically as I'm back behind the skins. It took me the better part of last year to clean up and most of this year to get back into playing shape. As a result, I lost about 90 pounds — from 330 to 240 pounds — and playing as good as, if not better than, ever. The style of music is hardcore death/thrash, so those of you who were into SOLSTICE or ANGER will find elements of both in this band. I can never forget my metal roots but can't deny the influence hardcore has had on me." 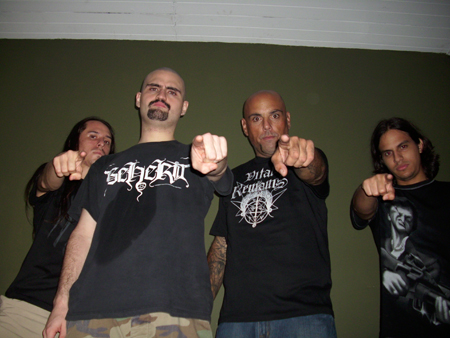 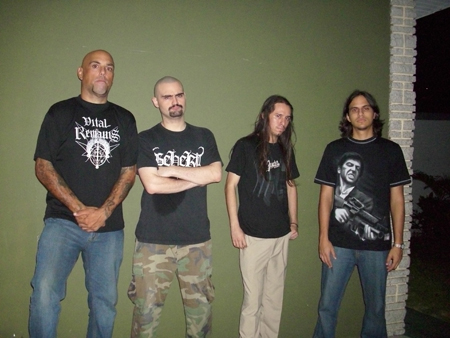