A listening party for "New Metal Leader", the new album from former MANOWAR guitarist ROSS THE BOSS, will be held on Friday, August 15 at The Ace of Clubs in New York City (see flyer for event below). The DJ will also be spinning some classic MANOWAR along with tons of other great metal. Be MAGUS BEAST, DEVILS ISLAND, ANGRY HOUR, REGALIA and OPEN DENIAL will perform live throughout the night. Admission is $10.

"New Metal Leader" will be released on August 22 via AFM Records. According to a press release, Ross "continues his legacy with a true metal album that doesn't deny his past and displays his charismatic style of creating great music. Imagine a basket of first-class, stomping, ground shaking epic heavy metal in the style of 'Battle Hymns', 'Into Glory Ride', 'Hail To England' and 'Sign Of The Hammer' — this is exactly what you get here. . . Tracks like 'Blood Of Knives', 'God Of Dying' and 'I Got The Right' would have been highlights even on MANOWAR's glorious releases from 1982-1988. The battle shouts of 'We Will Kill' haunt you to the day you die, the thrilling up-tempo smasher 'Death & Glory' and a goodtime-rocker like 'May The Gods Be With You' then round off the whole spectrum of ROSS THE BOSS. Add to this the majestic epic tracks 'God Of Dying' and 'Immortal Son' (both in the tradition of eternal hymns like 'Bridge Of Death' and 'Guyana (Cult Of The Damned)', every fan of the early MANOWAR must be crying out in joy!" 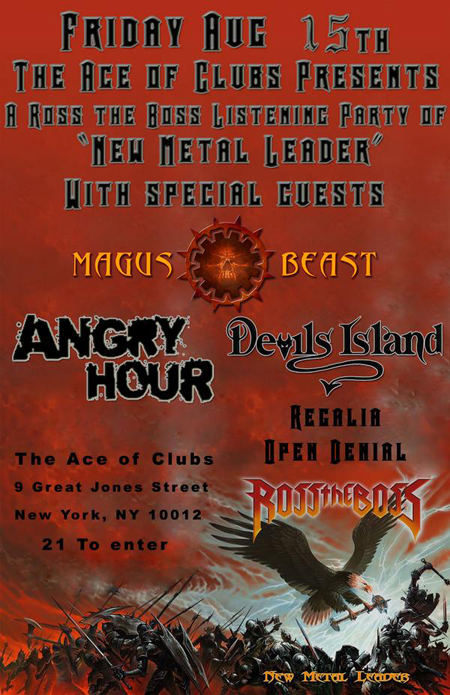 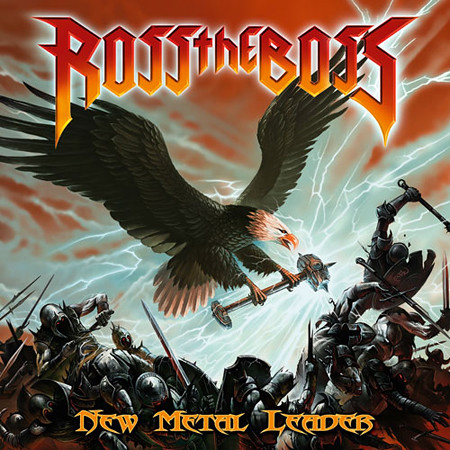