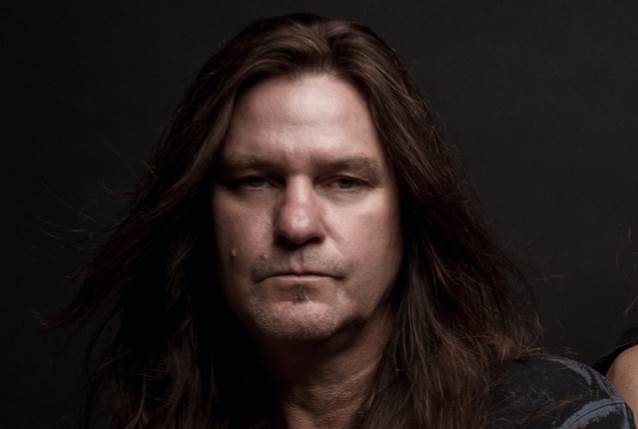 Former MEGADETH and current ACT OF DEFIANCE drummer Shawn Drover was interviewed by Rock Arena during the latter band's current European tour. You can now listen to the chat using the SoundCloud widget below.

Asked for his opinion on music streaming and downloading, Drover said: "I don't like any of it. I think it's destroying the industry, because everybody is either getting it for free or they're stealing it off torrent sites. Or now you can just get it off on YouTube or you can get it all on Spotify and all the other stuff. It's, like, if you're not buying the music, how are the artists supposed to survive financially?

"This is what this generation is used to — they're used to getting everything for free," he continued. "So they're, like, 'Why should I buy it when I get it for free?'

"It's a long and potentially depressing conversation, but the bottom line is the artists are the ones who suffer from it, because sales are down across the board — way down — from what they were in the '80s when I grew up," Shawn added. "You're not seeing bands selling two, three million records anymore — not even a tenth of that. If you sold three hundred thousand, four hundred thousand records, now that's considered a huge success. It's just a different time, so we're trying to find ways to combat that, but it's difficult. But we're still out here doing it."

Shawn was also asked what advice he would give to new bands that are just starting out. He responded: "Stay in college. What else can I say? No, I mean, look… It's rough out there for new bands — it really is. You just have to be realistic about what you're getting yourself into. If you think you're gonna be a big star and all that stuff — and it can happen; of course it can happen. Anything is possible. But even making a living, as a band itself, it's definitely difficult because of the tour costs, everything you have to do to stay on the road. If you have a crew, you have to pay your crew. If you don't have a crew… It depends on what you're trying to do and what your definition of making a living is. If your definition of making a living is all your bandmates living in a one-bedroom apartment and splitting the money, then that's whatever. But the reality of it is is that it's difficult. So you try to find ways to cut corners without trying to sacrifice your show, and that's a difficult thing in itself. We just try to do the best we can. And, obviously, we're here in Europe, so we're making it happen — because we know it's an important thing to do. Only the strong survive out here. It's difficult." 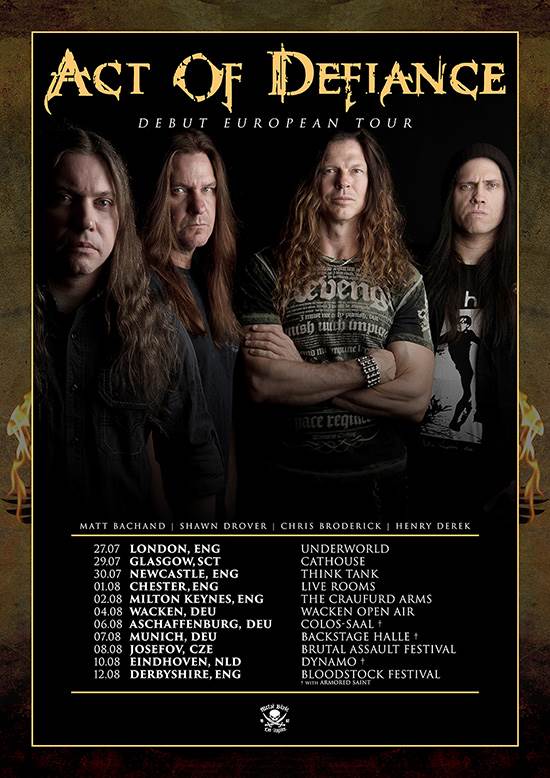