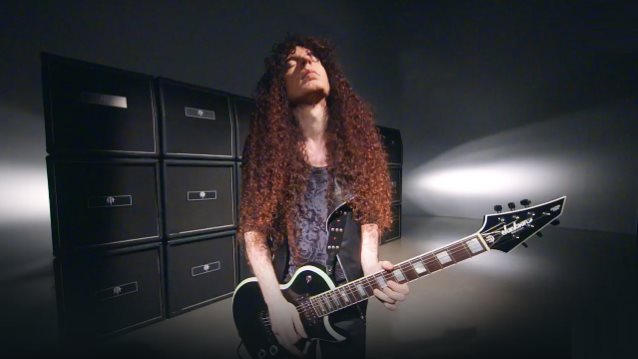 "Miracle", the new video from Marty Friedman, can be seen below. The song tells the story of the former MEGADETH guitarist's personal journey from an everyday kid to virtuoso through a series of candid home videos and photos from the Friedman family.

"Once you've grown up in this complicated world, it;s easy to forget the simpler times that were so important in making you who you are now, as well as the people in your family who put up with all of the loud music, smoke and noise coming from your bedroom, and all the other B.S. that you put them through," says Friedman. "With this video, rather than looking at how much of a goofy kid I was, I hope that it inspires you to think about your own family or whoever was closest to you when you were just starting out in the world."

"Miracle" is taken from Friedman's latest solo album, "Wall Of Sound", which was released on August 4 via Prosthetic Records. Produced by Friedman, engineered by Paul Fig (GHOST, RUSH, ALICE IN CHAINS) and mixed by Jens Bogren (KREATOR, OPETH, SEPULTURA),the disc "expands and destroys any conventional notions of instrumental music," according to a press release. Legendary QUEEN producer Mack came on board to handle the mixing on two tracks, "Streetlight" and "For A Friend", which Friedman proclaimed was "an honor for me, for sure."