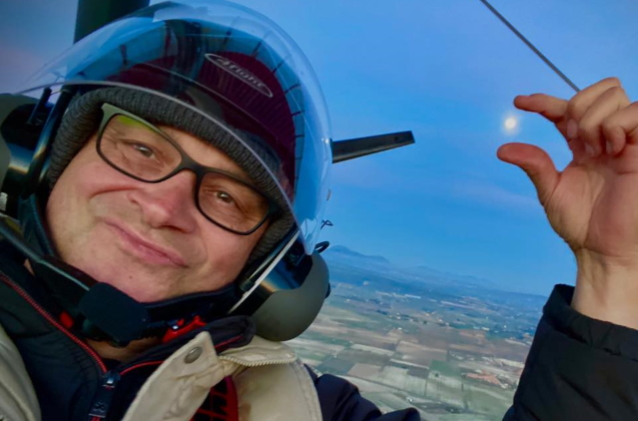 According to We Publish News, the accident occurred around 10 a.m. next to the road from Palma to Manacor near Vilafranca, not far from the famous Es Cruce restaurant. Also nearby is the hangar of the airfield, which is also called Es Cruce, and where Ranzenberger used to park his aircraft.

The 53-year-old German-born musician-turned-entrepreneur, who has resided in Cala Santanyí, on the southeastern coast of Mallorca, for a number of years, reportedly died instantly. He was said to be the sole occupant of the plane.

Medical personnel, the fire brigade and police were quickly dispatched to the scene after but could not save Ranzenberger's life.

Spain's Civil Guard has opened an investigation into the causes and circumstances of today's accident.

Check out photos from Diario De Mallorca. Video footage can be seen below.

On the musical front, Ranzenberger was most recently the producer and bass player for the Mallorcan band FYRE.

Formed in Hamburg in 1998, METALIUM released eight albums before breaking up in 2011.

Lars's former METALIUM bandmate Chris Caffery paid tribute to the bassist, writing on social media: "One of the many discussions I have had during the past year involved reunions and new records from bands I haven't recorded with in years. You all know the obvious by the posts that have been floating around. One of the others was conversations I had with Henning [Basse, vocals] and Lars Ratz about the possibility of a new METALIUM record and festival tour. I had actually began writing songs with this reunion in mind.

"I am shocked and saddened to have just received the very sad news that Lars Ratz has died today in a small plane crash.

"That first METALIUM record was a very huge part of my musical and personal past. Although the situation wasn’t always perfect Lars believed in me and was so proud that he had me there to be a part of that first albums creation and the very first shows.

"'Millennium Metal' was a classic record top to bottom.

"Lars loved risks. He kinda lived very heavy metal in many ways. He loved being a pilot. He can now take some of my friends in heaven on some of his flights. Fly with the angels my friend."

One of the many discussions I have had during the past year involved reunions and new records from bands I haven’t...

Whats a great moment !... Chilling with your little flyer ( Bautek) over the clouds of one of the most beautiful European islands listening to SAGA (music from the 80s...for all who don't know anymore ;-) )