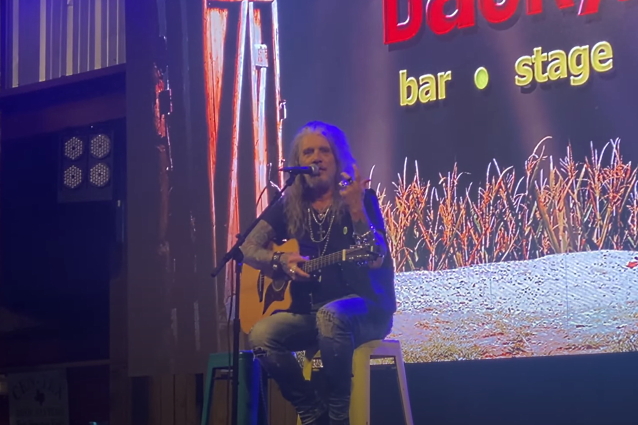 RichG TV has uploaded video of John Corabi telling stories about his first encounters with the members of AEROSMITH after joining MÖTLEY CRÜE. The clips, which were filmed this past Friday (December 3) at The Backyard in Waco, Texas, also include Corabi's acoustic performance of AEROSMITH's "Seasons Of Wither".

In a recent interview with Legendary Rock Interviews, Corabi stated about his love of AEROSMITH: "My first cover band, we used to do 'Same Old Song And Dance'. We did 'Draw The Line', 'Nobody's Fault'. We did… Fuck, what was the other one? 'Adam's Apple', 'Toys In The Attic'. We did like eight or 10 AEROSMITH songs. Then I was in a cover band and we did an AEROSMITH tribute. So we did 'No Surprise', 'Milk Cow Blues', like all the shit. So anytime I get an opportunity to do that, I'll throw an AEROSMITH song out there. Unfortunately, my voice isn't what it used to be, so singing songs like 'Nobody's Fault' is a little difficult so I'll just try and find the ones that I can sing."

Earlier this year, Corabi named AEROSMITH's classic 1976 album "Rocks" as one of five records that changed his life. In an interview with Roppongi Rocks, he called "Rocks" "a perfectly written, performed and recorded record. AEROSMITH firing on all cylinders. Nine songs, 37 minutes of ass-kicking," he said. 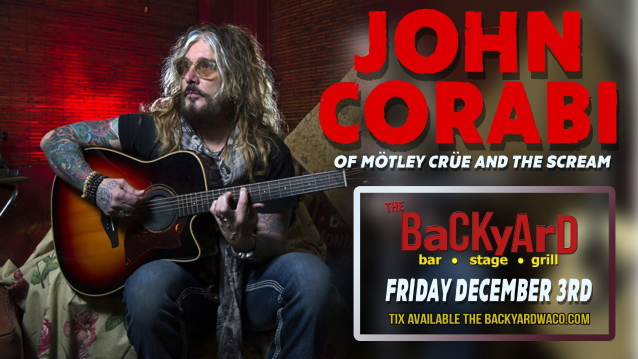