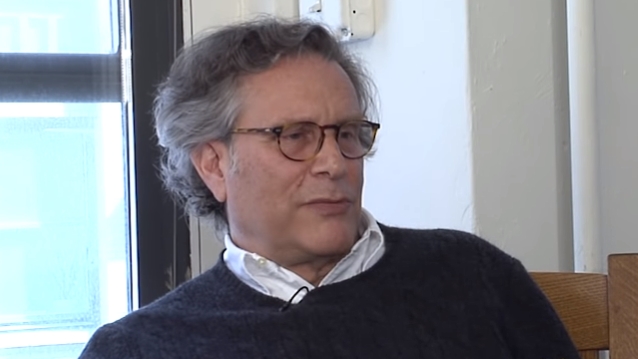 According to The Pulse Of Radio, former NIRVANA manager Danny Goldberg was asked at a signing session in Los Angeles for his new book, "Serving The Servant: Remembering Kurt Cobain", for his thoughts on the conspiracy theory that Courtney Love had her husband, NIRVANA frontman Kurt Cobain, murdered and made to look like a suicide.

Goldberg replied: "I met Tom Grant once, and once was enough. Grant was a detective who has been spinning all these years the conspiracy theory... He gave me his reasons on why he thought this was very suspicious and I said to him, 'Don't you think the Seattle Police Department would investigate this? It's kind of front-page news and they're under a lot of scrutiny.'

Goldberg continued: "He said: 'Oh, I know how police departments can be corrupted.' So at that point, I stopped paying attention to him because that was to me, absurd, the implication that Courtney was somehow going to waltz into a Seattle police station and corrupt them. I don't think they would even let her into a police station. [Laughs] Especially in those days."

The former music business executive added: "I just feel that was enough for me and combined with having seen [him] the week before, knowing the condition he was in, and I know [NIRVANA bassist] Krist Novoselic shares this view. It's just my unalterable opinion."

The Pulse Of Radio asked Cobain biographer Charles R. Cross a while back why he thought the conspiracy theories lingered on. "I think the main reason people embrace the conspiracy theory is simply that it's very painful to imagine that Kurt, someone they loved or maybe identified with, that he betrayed them in some degree by taking his own life," he said. "You know, the bottom line is there's absolutely no evidence to suggest that Kurt's death was anything other than suicide, and it's almost absurd that the topic continues to come up."

Kurt Cobain was found dead on April 8, 1994 at his home in Seattle, three days after the singer and guitarist took his own life with a shotgun. He was 27 years old.