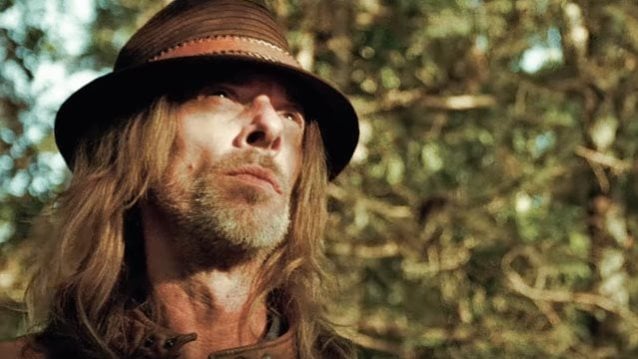 Former PANTERA bassist Rex Brown is planning to release an album of covers as the follow-up to his debut album, "Smoke On This…". Asked what his next musical move will be, Brown told "Whiplash", the KLOS radio show hosted by Full Metal Jackie (hear audio below): "I wanna continue in the direction I'm headed now. In fact, I'm gonna head into the studio and do some covers and just do a covers record — something to kind of fill… just [to release] more material and also to give the fans something cool."

Rex recently completed a handful of German shows with his solo band, which consists of Joe Shadid on guitar, John Luke Hebert on drums, Francisco "Pancho" Tomaselli on bass and Lance Harvill on guitar.

Prior to embarking on the German tour, Rex played a one-off show at Mercy Lounge in Nashville, Tennessee on July 14.

Rex told "Whiplash": I just got back from Germany, and it was, like, you can rehearse the band for two years, but until you get in front of that crowd... I didn't even put that in perspective until we came in. [We] really didn't have a lot of shows behind us, and we wanted to get in those little clubs, and get hot and sweaty and get the vibe, and by the time that we had finished, I wanted to stay for another three or four weeks. It's invigorating as an artist to have that kind of freedom. We didn't play any covers, didn't do anything like that, and just stretched 43 minutes of music into, like, an hour and a half, an hour [and] 20 minutes, you know? And it felt great. It felt awesome. So it's a process of building, you know, for what I wanna do right now."

"Smoke On This…" was released on July 28 via Entertainment One (eOne). The disc marks the first time in Brown's career in which he serves as both lead vocalist and guitarist in a band.

Rex tracked lead vocals, rhythm guitars, and bass for the album, working with his primary collaborator and old friend Lance Harvill, a Nashville-based guitarist and songwriter, on the album's songs. Drums were tracked by Christopher Williams, whose talent has been utilized by country music star Lee Greenwood, the reconstituted BLACKFOOT and, most recently, metal legends ACCEPT. The album was produced by New Yorker-turned-Nashville-transplant Caleb Sherman, a multi-instrumentalist who has worked on records by LITTLE BIG TOWN and PORTER BLOCK, among others.