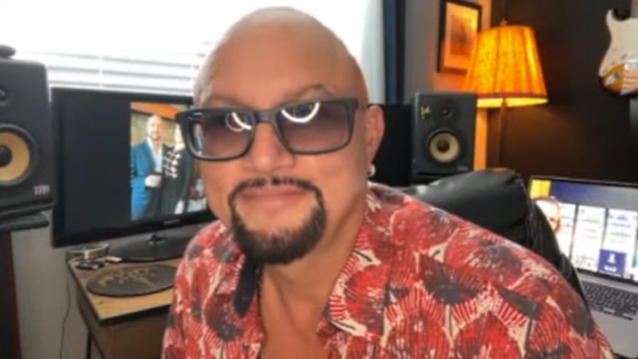 During an appearance on the latest episode of Metal Edge magazine's "Another FN Podcast", former QUEENSRŸCHE singer Geoff Tate shared his thoughts on the recent death of Charlie Watts, drummer and core member of THE ROLLING STONES for the past six decades,

"For me, he was the benchmark," Geoff said (as transcribed by BLABBERMOUTH.NET). "THE STONES really represent the benchmark of what you can achieve and what you have to look forward to, in a sense, as a musician. As long as they're still doing it, I can do it. A lot of guys my age, that was sort of the mantra that you would recite: 'If Keith's [Richards, THE ROLLING STONES guitarist] doing it, I can do it.' He's 80. [Laughs] So, with Charlie passing, man, it's, like, you start seeing your own mortality on the horizon. So, it was a sobering experience for me. I actually started looking at my life very carefully when I heard that news and making sure I got on that treadmill every day and making sure I went outside and hiked up the mountain several times a week to keep myself [in shape], so at least I can make it to 80. I wanna get that far. I wanna keep doing this for as long as I possibly can.

"I'm sad to see him go," Tate added. "To me, THE ROLLING STONES were the greatest rock and roll band in the world. And I'm devastated by it."

Watts's publicist said that he "passed away peacefully" on August 24 "in a London hospital surrounded by his family."