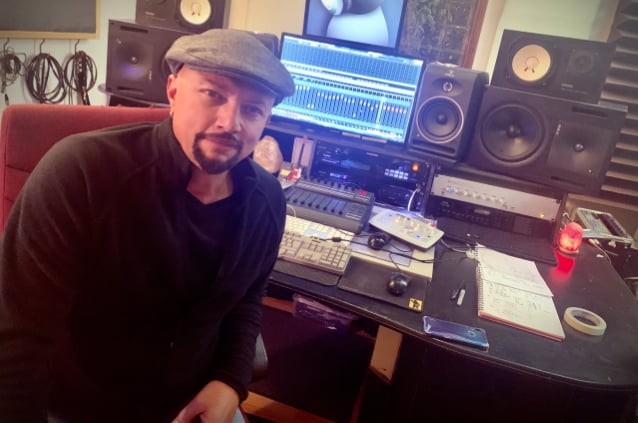 Former QUEENSRŸCHE singer Geoff Tate spoke to Sonically Disruptive about his plans to release the music he has been working on during the coronavirus pandemic. He said (as transcribed by BLABBERMOUTH.NET): "This next project is more relatable, I think, than the [OPERATION: MINDCRIME album trilogy], but it's extreme in its own way that I think people will understand and get the extreme. So it's more like SWEET OBLIVION sound but times 10 — technologically, I guess. [Laughs]

"I have this underlying goal in my life," he continued. "Because I've been so frustrated all through my career making albums, I want to have an album that is the best-sounding album I've ever done — sounding. I want it to fill up the speakers.

"If you listen to [QUEENSRŸCHE's] 'Empire' album by today's standards, it's a good-sounding album, but, man, where's the bass? Where's the bottom end? Well, back then, that was state of the art. That was, of course, 30 years ago, and the times have changed — people have much better stereo systems now. Even in my car, my stereo system is so much better than most of the studios that we were recording in back then. Sound has really changed. And so my focus, on my next release, is about that — no holds barred, making the best-sounding record I can possibly [make].

"It's incredibly frustrating, as a music person, that you spend months shaping the mix on a song, getting it so it sounds just perfect and all the instruments are balanced and you can hear what each instrument is doing," Geoff added. "And you take that mix, and you put it on your car stereo, and then all of a sudden, 'Oh. Wait a minute. Where did the hi-hat go? It's gone. Oh my God.' You take it to another stereo system, and, 'Oh, I can't hear the vocals. Oh my God. And the guitars are too loud now. What's going on?' It's that way. Music changes and sounds different on each system that you play it on. So what you have to do is you have to play it on a number of different systems when you're mixing it to get an overall balance so that it sounds good on every system. And it takes a while to get that, and a lot of research. So that's what I've been doing — is spending a lot of time figuring that out, working with people to figure that out, and shaping my next release so that it will be something that people love to listen to."