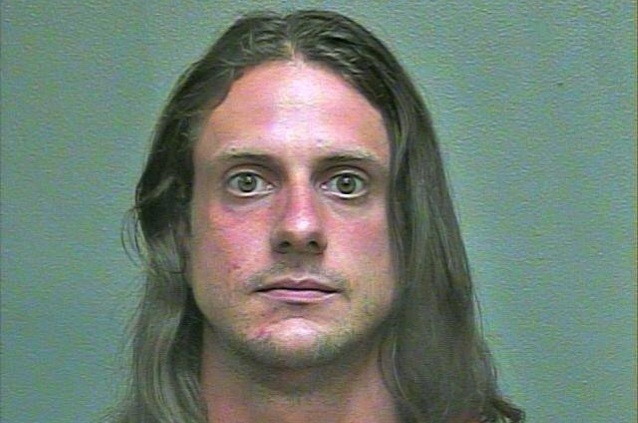 According to NewsOK, former REVOCATION drummer Phil Dubois-Coyne has accepted a $30,000 settlement in his lawsuit over his 2014 arrest in Oklahoma City.

The 32-year-old musician, who played with REVOCATION for nine years before exiting the band in 2015, filed a lawsuit against the city and three police officers two years after the August 2014 incident when police arrested him at a Rockstar Energy Drink Mayhem Festival after-party.

Police said Dubois-Coyne was drunk and chanting "Fuck the police" and then "Kill the police" before he was detained and later charged with public drunkenness, disorderly conduct and resisting a police officer. After receiving treatment at a local hospital, he spent 12 hours in jail. He pleaded no contest in Oklahoma City Municipal Court last November to the public drunkenness charge and paid $178. The other charges against him were dismissed in 2015.

Dubois-Coyne's attorney admitted her client and another musician were chanting "Fuck The police" at the after-party, but she explained that they were just repeating the lyrics of the BODY COUNT song "Cop Killer". She also argued his chanting was exercising his First Amendment rights.

Dubois-Coyne, who works as a drum technician for CANNIBAL CORPSE, claimed in his lawsuit he was resisting an unlawful arrest and was taken to the ground in a negligent and excessive manner.

The Oklahoma City Council agreed to settle the case without admitting liability.

Dubois-Coyne left REVOCATION in June 2015, calling it "by far the most difficult decision I've ever made in my life." He explained in a statement that being in the band was "no longer the right path" for him and said that he would be "moving forward to pursue new musical projects."