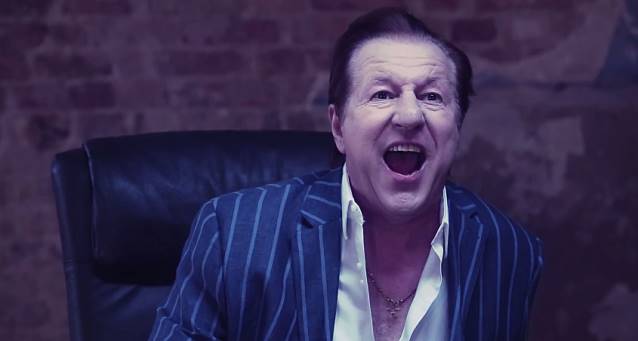 "Rock The Nightlife", the new video from German hard rockers UNBREAKABLE, can be seen below. The song is taken from the band's debut album, "Knockout", which was produced by longtime SCORPIONS drummer and songwriter Herman Rarebell. The CD will be released July 29 on Dark Star Records.

"I feel like they have what it takes to go all the way, and they remind me very much of the SCORPIONS when we were young and first came to the United States," Rarebell, who makes a guest appearance in the "Rock The Nightlife" clip, said about UNBREAKABLE.

"Rock The Nightlife" was filmed at Grabowsee near Berlin, Germany with the team from AVA Studios.

"Knockout" is now available for purchase as a very special "pre-release" version, which comes with a custom bottle opener key chain.

Once the album drops, UNBREAKABLE plans to hit the road hard. "You can expect a high-energy rock show and hard-power-chord guitar riffs with melodic solos, a high metallic voice and driving drum rock beats," says the band. "We feel like home wherever the stage is!"