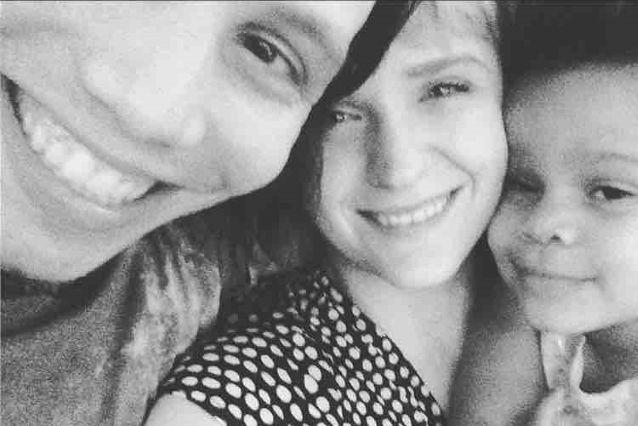 Former SEBASTIAN BACH guitarist Nick Sterling, his wife and daughter were involved in a serious car accident on Saturday, January 4. According to a GoFundMe created for their medical expenses, the family "got t-boned by a large truck while making a left turn at a yellow light. Luckily, they were in a '87 Buick, so they are alive but still suffered substantial injuries and trauma. Both parents are in the hospital with multiple fractures and injuries. But their little one, Jessie, is in the children's ICU in a medically induced coma. She is getting the best care possible, but we want nothing more than to help them get through such a difficult time. So we ask for your prayers and if you can spare anything at all to help them with the medical expenses, it would be appreciated. A thank you in advance for your prayers and any amount you can spare. God bless."

Sterling joined Bach's band in 2009 and appeared on the former SKID ROW singer's 2011 solo album, "Kicking & Screaming", before leaving the group the following year. Sebastian later revealed in an interview that the guitarist exited the band after refusing to sign a release for the filming of a live television broadcast. Bach said: "That made me really mad, because a lot of work went into the preparation and the planning and the execution of a live broadcast across America. And to let all those people down — the cameramen, the soundmen and the TV station and the fans and the band and the management — that just makes me crazy. I mean, nobody's trying to steal anything from him. I'm not sitting behind the scenes going, 'Oh, how do I steal from Nick?'"

More recently, Nick had been playing with the Phoenix-based bands WYVES and THE SONG REMAINS THE SAME - LED ZEPPELIN TRIBUTE.

Nick, his wife and daughter were involved in an unfortunate and serious car accident on Saturday. If you would like to...