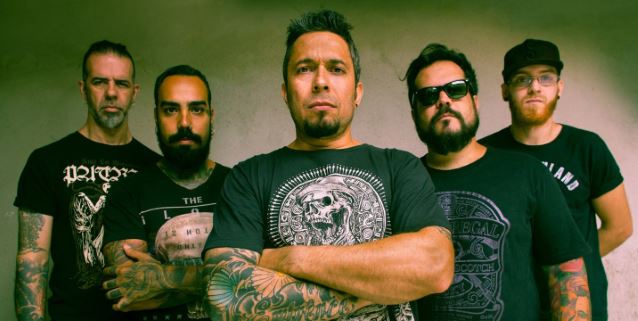 "We Shall Rise", the new video from THE SOUTHERN BLACKLIST, the Belo Horizonte, Brazil-based "death/groovy" metal band featuring former SEPULTURA guitarist Jairo Guedz, can be seen below.

Regarding THE SOUTHERN BLACKLIST's musical direction, Guedz tells BLABBERMOUTH.NET: "It is hard, metal, punch, groovy and death/thrash kind of music... the way we like it!"

SEPULTURA was formed in 1984 in Belo Horizonte, the capital city of Minas Gerais. Jairo joined the group the following year and played on the band's first two releases, 1985's "Beastial Devastation" EP and their 1986 full-length debut, "Morbid Visions".

Guedz joined CAVALERA CONSPIRACY — the band led by brothers and founding SEPULTURA members Max (also of SOULFLY) and Igor Cavalera — on stage on September 13, 2014 at Music Hall in Belo Horizonte, Brazil to perform the early SEPULTURA classic "Necromancer", a song that he co-wrote.