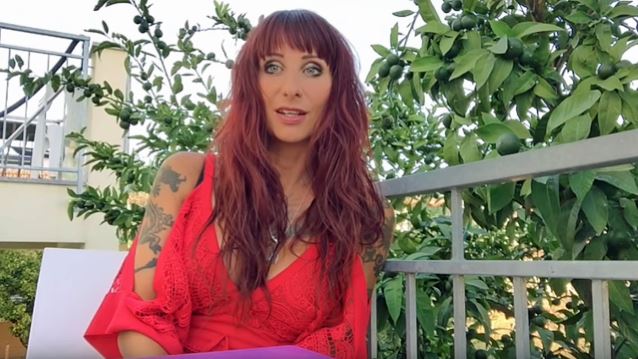 Former SISTER SIN vocalist Liv "Sin" Jagrell is currently in a secret location working on her debut solo album, which is being produced by longtime U.D.O. bassist Fitty Wienhold. The as-yet-untitled effort sees Liv working with two Swedish musicians in Per Bjelovuk on drums and Patrick Ankermark on guitars. The album will see a worldwide release in early 2017 through Swedish label Despotz Records, with extensive touring expected after the album is released.

Liv says of the signing: "To me, signing with Swedish label Despotz feels great, because I know they work a lot both internationally and here in Sweden. I think Despotz will give me the best start for my new band and for a successful future."

Omer Akay from Despotz adds: "Liv Sin's presence as a strong front woman and her unique voice didn't go unnoticed here at Despotz, and now it´s finally a dream come true to work with Liv Sin and take her music beyond the masses."

When SISTER SIN called it quits at the end of 2015, Liv knew that she had much more to give to her fans. From this, LIV SIN was born. Liv is currently working on a new music that shows the power, sexiness, and attitude that she is known for. Liv says: "For me, it has never been an option to stop singing. I live for the stage and for my fans. I still miss SISTER SIN, but I am very excited to work on my own project, and I can promise it will not be some soft pop rock. This is going to be metal deluxe, because that’s who I am!"