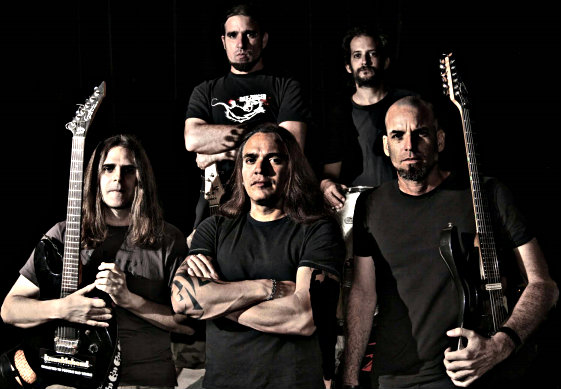 On the margins of Cuba, an isolated country better known for cigars and Castro, a vibrant heavy metal scene flourishes.

Flocking to concerts around the communist-controlled island, tattooed fans wearing black METALLICA t-shirts listen to the screaming shouts of the country's metal bands.

The celebrities in this scene are the members of ZEUS, the country's oldest heavy metal band. They've performed in Havana since the 1980s, when this American-influenced music was officially banned by the Castro government. The long-haired rockers — called "freakies" — were thrown in jail and concerts were broken up by state police.

Thirty years later, rock music is tolerated, but barely. A government bureaucracy called the Agency Of Rock controls Cuba's heavy metal scene. Every concert and every record must be cleared with the Agency's director of rock.

It's a sign of the changing situation in Cuba, but it's also an absurd position for the country's heavy metal musicians. To play their music, ZEUS and their diehard fans must fight to be true to themselves within the confines set by the Cuban government.

"People always listen to the hardest music because it is a way of reaffirming their passion and liberty against everything that is imposed on them," says Ivan Vera, the guitarist for ZEUS. "That, I believe, is the reason for heavy metal."

American filmmaker Nicholas Brennan has spent the past four years capturing ZEUS's story and the broader history of heavy metal in Cuba in the feature-length documentary film "Hard Rock Havana".

With over 120 hours of footage filmed in Cuba, Brennan has launched a Kickstarter campaign to edit the film and share this band's story. The campaign runs through December 18.