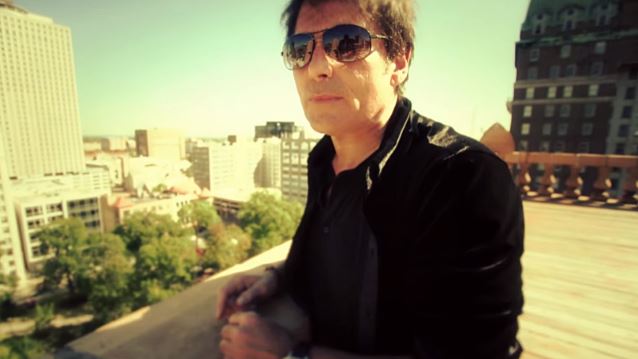 SURVIVOR lead singer Jimi Jamison has died of an apparent heart attack. He was found at home around 1 a.m. Monday morning by his son. The musician was 63 years old.

"This afternoon renowned musical performer and lead singer of SURVIVOR Jimi Jamison passed away at his home in Memphis, Tennessee.

"Jimi was a friend to everyone he met. He was a loving father and grandfather and was always a person who valued people more than anything else.

"The family has asked for privacy during this extremely difficult time.

"In lieu of any demonstrations of sympathy, the family has requested that donations be made to Jimi's favorite charity, St. Jude's Children's Research Hospital."

Often referred to as one of the American top rock vocalists, Jamison was the singer with TARGET, COBRA and SURVIVOR, apart from being an accomplished solo artist on his own.

Jimi performed backup vocals on recordings by ZZ TOP, Joe Walsh and numerous other recording artists. Billy Gibbons refered to Jimi as the fourth member of ZZ TOP and Casey Kasem, on his nationally syndicated radio show "American Top 40", called Jimi Jamison "The Voice." Among Jamison's best-known performances are "Burning Heart", from the "Rocky IV" movie, which hit No. 2 on the Billboard chart, "High On You" (No. 8),and "The Search Is Over" (No. 4).

His solo career started in 1991 with the release of "When Love Comes Down", followed in 1999 by "Empires", the album which included the theme "I'm Always Here" for "Baywatch". In 2008 Jamison teamed up with the other former SURVIVOR bandmate Jim Peterik, who wrote and produced for him the acclaimed album "Crossroads Moment". On the heels of this superb release, Jimi toured Europe a few times, culminating with an appearance at the popular Firefest in the UK in 2011.