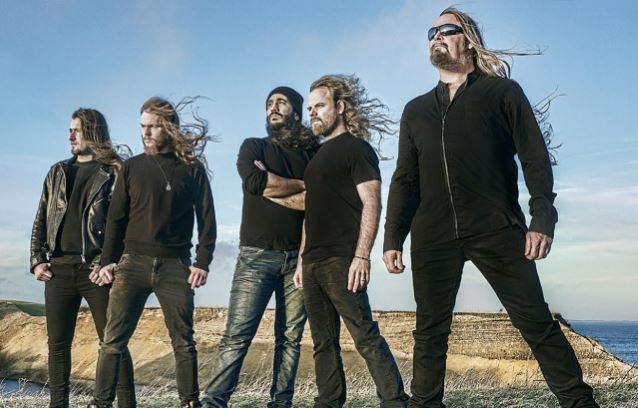 ONE MACHINE, the brainchild of acclaimed guitarist/songwriter Steve Smyth (TESTAMENT, NEVERMORE, FORBIDDEN, DRAGONLORD, VICIOUS RUMORS),will release its second album, "The Final Cull", on September 18 via Scarlet Records. The CD was tracked at Death Island Studios, with Marco Angioni and Tue Madsen at the helm. Recording lasted for nine days solid, as the band put in 15-18-hour days on this album.

The official video for the song "Forewarning" from "The Final Cull" can be seen below. The clip was directed and edited by Scott Canty of Dark North Media.

Said Smyth: "The video depicts a wild ride into the not so distant future, where we find our rebel team entering a virtual world to reach their leader, the Hacker, only to be interrupted by the world leader the Cynic, busy blanketing all media with his driveling, meaningless rhetoric, with points inside his speech aimed at making our world seem hopeless without him and his leadership. In comes our hero the Hacker to spread the message of hope and independent thinking outside of conformity, and the war ensues, complete with a virus sent via virtual reality. Who will win? Watch and find out!"

The cover art for "The Final Cull" was illustrated by Gustavo Sazes (Gus G., MORBID ANGEL, ARCH ENEMY) and can be seen below.

"The cover concept behind 'The Final Cull' is a bit of fantasy, a bit of reality crossed in between, as we present the idea of humanity being wiped out by the advancement of technology, at the hands of a small set of powerful human beings bent on power and control over all, even at the cost of the general population," Smyth said. "The only useful and lasting valuable assets of humanity is the human soul, this last piece behind taken daily via technology, mind control, and psychological warfare. The scene of the cover is set in the near future, where human beings are rounded up and placed into tubes, which take the soul, to be placed in the 'new' human beings, complete A.I. human replicas, and here is where the album begins… we hope you will join us down the dark path that is 'The Final Cull'!"

ONE MACHINE recently launched a crowdfunding campaign to help offset the costs incurred during the recording, with many great perks soon to be on offer, in addition to regular pre-orders of the album, which will be available in digital download, CD, digipak, and special-edition vinyl formats.

Smyth commented: "This is the album I've personally wanted to write for years, and we've done it now, with ONE MACHINE.

"The perfect storm of a bit of careful planning, A LOT of spontaneity in the songwriting department, and jamming as a band together with Jamie [Hunt, guitar], Chris [Hawkins, vocals], Stefano [Selvatico, bass], and Michi [Sanna, drums] live in the studio, we have come out the other side of this with what I feel is a really heavy, living, breathing, LIVE metal album! Did I mention it's HEAVY, and it's METAL?!"

He continued: "Tue Madsen mixed, mastered and produced Chris' vocals (I leaned in a little),and I produced the music. It was so refreshing to work in this way again!

"Music is meant to be heard live, especially metal. That's why I wanted to do it this way, and we couldn't be happier with this album." 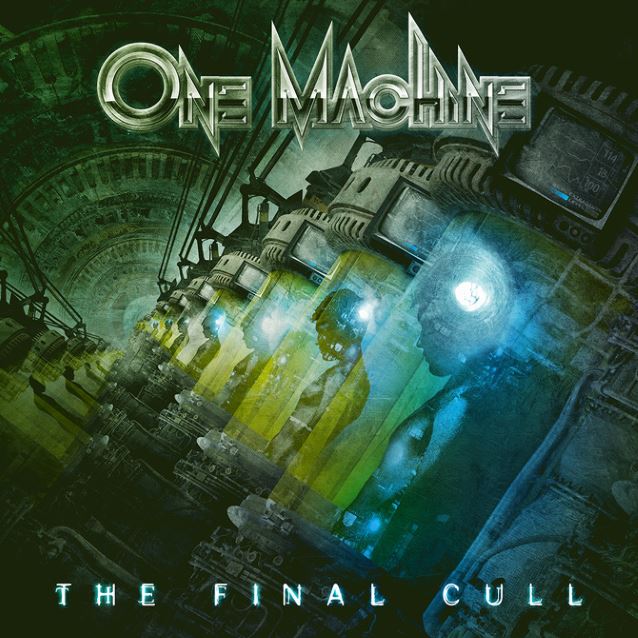