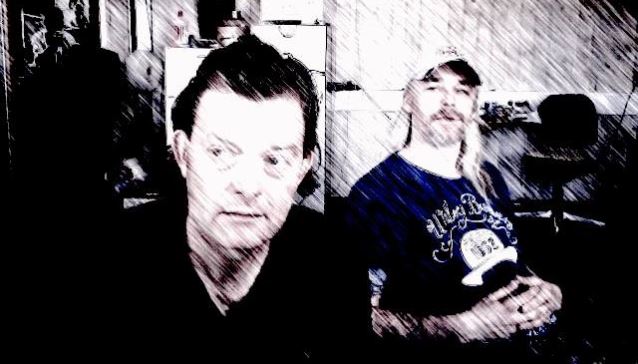 "We're All Stocked Up In Here", the third song from DEEP ARCHITECTURE, the new "musical collaboration" between former THE HAUNTED drummer Per Møller Jensen and Danish musician Carsten Lender, can be streamed at this location.

Per Møller Jensen quit THE HAUNTED in October 2012. He explained in a statement: "This decision has been underway for a long time and cannot be attributed to [former THE HAUNTED frontman Peter] Dolving's departure [in early 2012].

"My penchant for music, creating — as in digging deep — and practicing has never been at a higher peak than now. When you throw musical differences between members in with that, I started feeling unfulfilled. This is not pointing fingers at anybody, but rather just seeing, accepting and acting on that fact."

THE HAUNTED recently returned to the spotlight after almost a year without public activity and restructuring behind closed doors, following a major switch of lineups around fall of 2012. Joining bassist Jonas Björler and guitarist Patrik Jensen in the band's current incarnation are Ola Englund (guitar; SIX FEET UNDER, FEARED),Marco Aro (vocals; THE RESISTANCE, FACE DOWN) and Adrian Erlandsson (drums; AT THE GATES, PARADISE LOST).