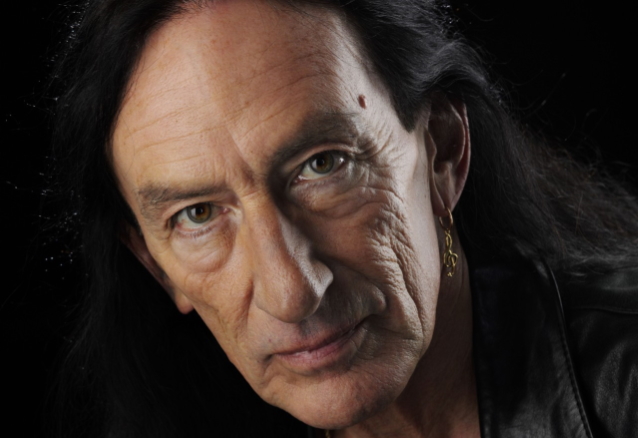 Ken Hensley, former URIAH HEEP vocalist songwriter and multi-instrumentalist, had completed work on his new album, "My Book Of Answers", shortly before his untimely death on November 4. "My Book Of Answers" will now released on March 5, 2021 as a CD/DVD and vinyl album with lyric book package through Cherry Red Records. You can pre-order the album here.

For half a century, Hensley was a major influence in the rock world. An original member of URIAH HEEP, Hensley was keyboard player, guitarist, vocalist and principal song writer with URIAH HEEP for ten years. His subsequent solo career saw Hensley work with leading artists across the globe and he became known as an inspiration for encouraging other talented artists.

"My Book Of Answers" is a wonderful tribute to this rock legend. The album is the intriguing result of a collaboration with one of Hensley's fans, following a chance meeting at an airport, as he turns dreams into a reality. Over a two-year period, the collaboration with Russian fan Vladimir Emelin has seen Hensley turn Emelin's poems into an album's worth of songs, a series of videos, a concert and an illustrated lyric book charting the progress of each piece from Russian poem to English rock song. And all of this has been produced in the midst of a worldwide pandemic.

Hensley was clearly excited when speaking shortly before his death. "It's been fascinating since day one," he said. "It's somewhat miraculous how it all came together and how it's continued to grow and develop, even through the crisis, to where it's at today and where it's going tomorrow."

This unique project came about following Hensley's chance meeting with Emelin at Alicante airport in early 2018, as he explained. "Vladimir has a home up on the Costa Blanca and he's here as often as visas will permit," Hensley said. "I was flying to Moscow, he was on his way home and he saw me at the airport. I guess I'm his idol and he's been a fan since he was a kid. Well, he asked me for an autograph and a picture, which I was happy to give him, and for an e-mail address."

At a meeting in Alicante later in the year, Emelin asked if Hensley could turn a couple of his poems into songs. "I tried a couple of songs, although I didn't know if I could do it because I've never done it before," Hensley recalled. "He loved it and he wanted me to do more and more until we finally ended up with an album's worth of songs.

"I made most of the album under lockdown, coronavirus restrictions, which was easy because it was just file-sharing over the Internet with the musicians, the singers and my engineer and it was relatively easy. What we had to do was make sure we didn't compromise any quality. I popped it over to my manager Steve Weltman and typically, before I know it, he's got the guys at Cherry Red interested in it! The whole thing takes on another dimension."

Emelin also suggested a video and they would, eventually, make a video for each track together with a concert of all of the songs which was filmed, with social distancing, close to Hensley's home in Spain.

"I've never done anything like this before and, to the best of my knowledge, I don't recall anybody else who has," Hensley added. "I'm also developing a lyric book which will be a beautiful piece. Each song features the original Russian lyric, the translation by Vladimir's friend in Siberia and my notated stuff where I changed the words of the poem into a song and created verses, bridges and choruses. The fans can see all the changes I made, and understand why I made them, and then there's the final lyric that appears on the album. Alisia Vaselieva, a wonderful illustrator and friend of Vladimir's, has done an illustration for each song, so five pages for each song and it will be a deluxe hard-back package — a collectors' item.

"To begin with, it was hard to find the time to really concentrate on the project because 2019 was one of the busiest years of my career, but, as it happens, the coronavirus actually solved the problem for me, at the same time as it created terrible problems for so many others. I was forced to stay home and spend all my time on this project with Vladimir, the restrictions of the virus meant I was able to do that.

"I'm really happy with it and I have a huge yardstick to measure it by! It seems as though it was meant to happen."

Hensley was URIAH HEEP's keyboard player and principal songwriter, responsible for such classics as "Lady In Black", "Easy Livin'" and "Look At Yourself", and providing them with much of their musical direction. Leaving the band in 1980 to pursue a solo career, he also collaborated with Florida-based hard rock band BLACKFOOT, L.A. heavy metal band W.A.S.P. and CINDERELLA. "Ken Hensley wrote the rule book for heavy metal keyboards as far as I'm concerned," W.A.S.P.'s frontman Blackie Lawless is quoted as saying.

Following his departure from URIAH HEEP, Hensley lived in America where he met his wife-to-be Monica. Speaking just days before his death, Hensley said: "I lived in America for 20 years after I left URIAH HEEP and I really needed time to rediscover myself, get rid of my drug habit and see if there was anything left of a human being in there after my life had been buried in URIAH HEEP for ten and a half years. It took a long time to get there but I got there in the end. I met Monica and we lived together for a couple of years. I wanted to move back to Europe to be closer to my family."

The Hensleys settled on a farm near Alicante, Spain, and married in 2004. A very spiritual person, Hensley became an inspiration to many and known for encouraging talented artists and enjoyed the love and respect of fans the world over. "It's enduring and I'm happy that most of them are still alive," he said. "I love to meet them when I go out on the road but at the moment that's not possible."

Reflecting on 50-plus years in the music business, he added: "It's been a great career. I can't look through the (URIAH HEEP) box set without having a huge smile on my face! To be celebrating my music 50 years on is quite something. We weren't a hit with the critics but we listened to the people who bought tickets and albums and, unfortunately, the critics ignored them. It just went on and on and on. We pulled together and achieved everything we set out to do. It was a wonderful life and career. My life has been fantastic, but it's not been easy. It was a lot of hard work, but when you do what you love best it doesn't seem like hard work." 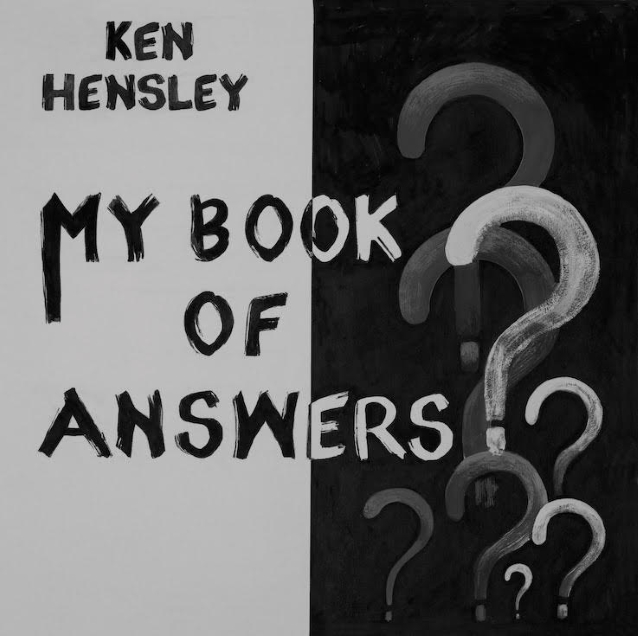