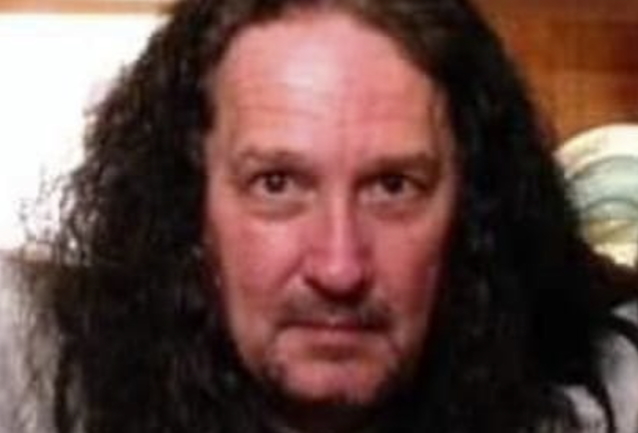 Former VENOM and VENOM INC. drummer Abaddon (real name: Anthony Bray) revealed earlier this week that he has been diagnosed with lymphoma and has started chemotherapy.

On Wednesday (September 21),Bray took to his Facebook page to write: "I noticed a mass growing on the side of my neck in July 2022, I thought it was maybe an insect bite as I live near the sea and it was a hot month here. The mass grew bigger and, urged by my wife Rachel, I went to see my GP who reassured me that it was most likely not cancer because cancerous lumps don't come up over night usually, rather they take a longer time to grow. However she referred me to the freeman hospital in Newcastle to a specialist who reiterated her thoughts on the speed of my growth. He did some tests then sent me straight away for a biopsy, I had three samples taken and then went back to see my specialist who said that sadly it was lymphoma a cancer of the blood. He sent me immediately for a CT scan and an MRI scan which showed that I also had cancer in my bowel and lower intestinal tract. He decided therefore to not operate on my neck but to refer me to haematology at wandsbeck hospital in Ashington. They decided on 6 cycles of chemotherapy which I started yesterday. I will also be referred back to freeman hospital for radiotherapy after a few bouts of chemotherapy.

"None of this will break me.

The following day, Bray issued a short update, saying that he was felling "pretty good" after the first chemo session, but added that his condition could have been aided by the fact that he was on "17 steroids."

Back in 2018, VENOM INC. revealed that it was recruiting Jeramie Kling of the Tampa-based melodic death metal band THE ABSENCE to fill in for Bray on a European tour while Abaddon stayed home to spend time with his newborn daughter. VENOM INC. has since completed several tours with Kling and released a second album, "There's Only Black", without making any announcements about Bray's possible return to the group.

Asked in a 2018 interview with Tinnitus Metal Radio whether Abaddon's absence from VENOM INC. was still related to the drummer's desire to be with his family, VENOM INC. bassist/vocalist Tony Dolan said: "It's kind of become something else now. We toured the U.S., and then he was gonna get married, and then we were setting up to play Asia, and then another European tour. And then he decided he wanted to take… he was gonna have a baby, so he wanted to take March off. But at that point, we had the dates, so we could cancel them and delay them, but if we delayed them, we were due to go to America. So it was kind of, 'I'm not sure what we should be doing.' And so the management said we could use Jeramie, because he was our sound guy in America and he also plays drums, [so we thought], 'Well, then that's okay.' What we [were planning] to do is come back from Australia and New Zealand, Abaddon goes and does the baby thing, Jeramie sits in, we continue that tour, and then Abaddon comes back. But the whole thing went sideways. Abaddon went from saying, 'That's great' — with management; he didn't speak directly to me — said that was a great idea, to then we went and did it, and then he didn't like the idea. I don't know… I guess it's a personal thing. So now it's a bit of a mess. He's spending all his time being very negative about everything, and it's pulled us too far apart — too far apart — which is a shame."