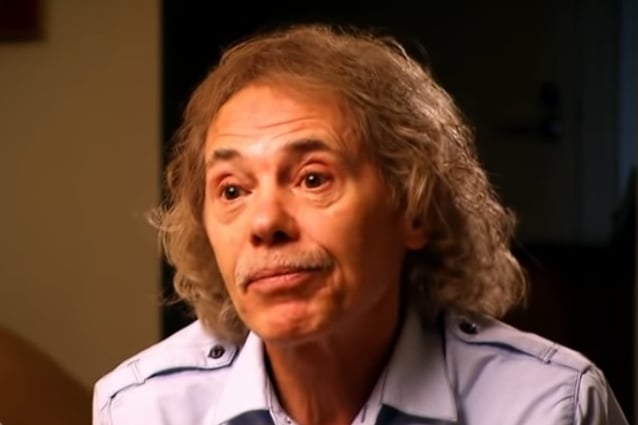 Alan Lancaster, the former STATUS QUO bassist who passed away last month, has been honored with a memorial episode produced by the "Australian Rock Show" podcast.

For more than half his life, Lancaster called Australia home, and, after leaving STATUS QUO, was a member of popular Australian outfits THE PARTY BOYS and then THE BOMBERS.

On episode #145 of "The Australian Rock Show", which can be heard below, some of his former bandmates — including John Brewster (THE ANGELS),Tyrone Coates (THE BOMBERS),and Kevin Borich, John Swan and Paul Christie (THE PARTY BOYS) — shared memories of their time working with Lancaster.

Lancaster was a member of STATUS QUO since the band's inception in 1967 until 1985. He appeared on 16 STATUS QUO studio albums, from 1968's "Picturesque Matchstickable Messages From The Status Quo" through to 1983's "Back to Back". Nearly 30 years later, he reunited with Francis Rossi, Rick Parfitt and John Coghlan in 2013 for the STATUS QUO "The Frantic Four" reunion tour in Europe.

Lancaster died in late September after a battle with multiple sclerosis. He was 72 years old.

Lancaster's wife Dayle confirmed his passing in a statement. She said: "We are all heartbroken. Alan had a wonderful wit and a fabulously dry sense of humour. He was a devoted and adoring husband, father and grandfather. Family was always his focus."

Lancaster is the second original member of STATUS QUO to pass away. Guitarist Rick Parfitt died in December 2016 at the age of 68 after suffering from a severe infection.

In 2016, Lancaster told Australia's Studio 10: "It was a cocaine thing that broke STATUS QUO up. Cocaine was endemic in the business around the time. It makes you feel as if you're better than everybody else, superior. I think that's when we started to lose our brotherhood. Once [drummer] John [Coghlan] went, it was easy to start getting rid of us. And it's all to do with money as well — once one member leaves, you make more money if you don't pay them."