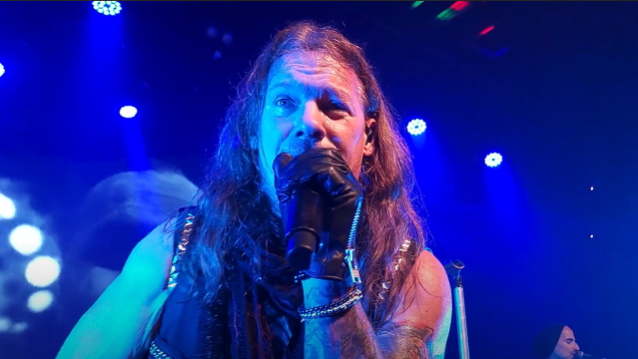 In a new interview with Ghost Cult magazine, FOZZY frontman Chris Jericho spoke about being one of the most polarizing characters in wrestling and the hard rock music genre. He said (as transcribed by BLABBERMOUTH.NET): "I learned a long time ago that you can't try and impress haters or try and change their mind. When you're in show business, some people are gonna like you and some people aren't; it's just the way that it goes. And that's fine. I don't worry about that. I don't really care for EDM music. I don't think that Dua Lipa really gives a shit what Chris Jericho thinks.

"I care about the fans that like FOZZY," he continued. "I care about the fans that haven't heard FOZZY, 'cause that's how the band grows — about making new fans. The ones that don't like us? That's fine. It's your right, and that's okay. So we really wanna make sure that we continue to build our fanbase, and the best way to do that is by growing the band and getting our band in front of people that have never really heard us or aren't as familiar with FOZZY. And I think we've been doing a really good job of doing that, especially over the last five years."

FOZZY's new album, "Boombox", was released on May 6. It is the follow-up to 2017's "Judas", the title track of which was recently certified gold by the RIAA (Recording Industry Association Of America) for accumulating 500,000 certified units.