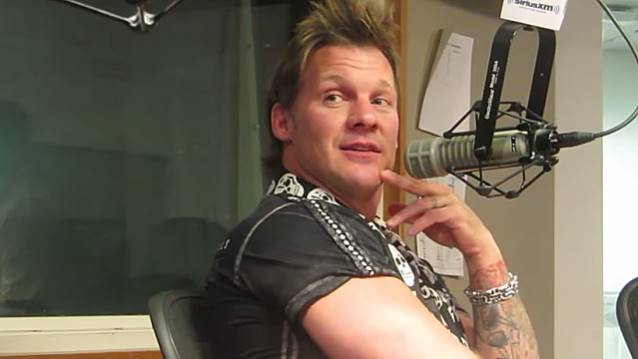 Reggie Edwards of The Front Row Report recently conducted an interview with FOZZY frontman and WWE wrestling superstar Chris Jericho. You can now listen to the chat in the YouTube clip below.

FOZZY will release its new album, "Do You Wanna Start A War", on July 22 via Century Media.

The official lyric video for "One Crazed Anarchist" can be seen below.