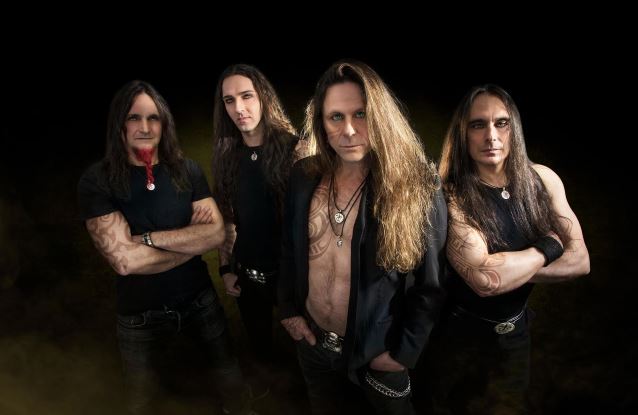 With "Hammer Of The Gods", the band — fronted by Chris Bay — proves once again its ability to blend gritty, cool grooves and anthemnic melodies to create a typical FREEDOM CALL song.

"With its epic flair I think this number sets the mood perfectly for our new album," explains Bay. "Is it going to trigger an earthquake? Who knows? In any event, the song will hit like a metallic crash of thunder."

The official lyric video for "Hammer Of The Gods" can be seen below.

Through extensive touring, FREEDOM CALL's current lineup — featuring the two founding members, Chris Bay (vocals, guitar) and Ilker Ersin (bass),alongside guitarist Lars Rettkowitz and drummer Ramy Ali — has cemented once and for all its reputation as a live band to be reckoned with and is set to thrill its faithful followers on stage this summer.

Says Bay: "Even if we've been a little quiet of late and only played a couple of selected festivals, the fans can look forward to some great shows where we'll also being playing 'Hammer Of The Gods', giving them a glance at the future direction of the band."

At its upcoming festival appearances, FREEDOM CALL will hand out a strictly limited edition of its new single to the audience for free. 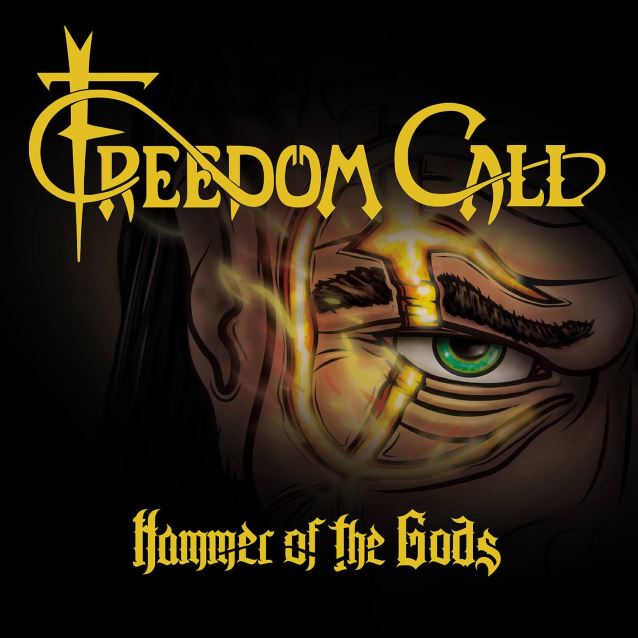 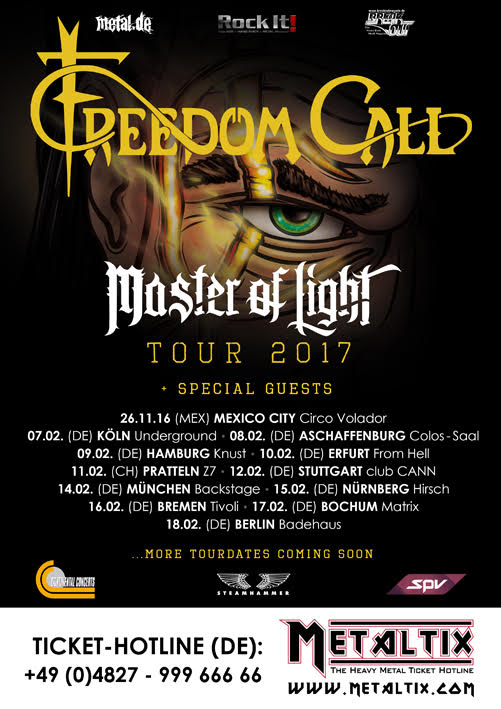